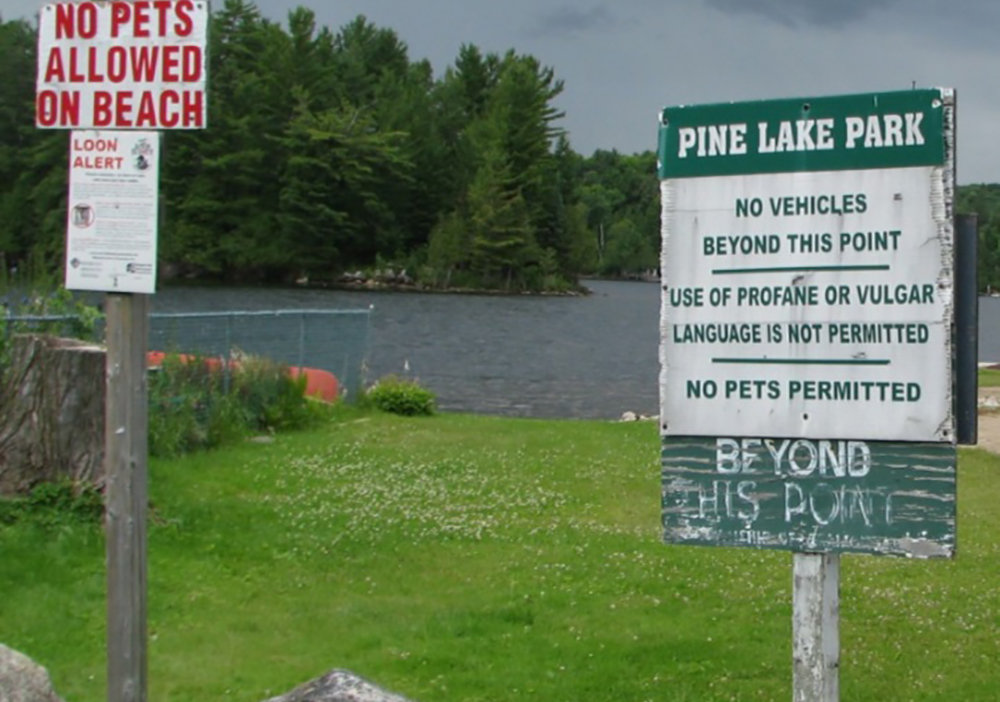 Highlands East is overhauling its municipal signage in an effort to better guide people around the township.

Council approved the implementation of a new sign policy July 9. The policy, billing itself as stage one, focuses on addressing signs, outlining regulations, amenities and wayfinding.

Economic development co-ordinator Joanne Vanier said those targets are to make the greatest amount of impact in a short amount of time.

“By replacing deteriorating signage and installing signage that has been lacking, we can effectively increase the visual identity of the municipality, identify assets, and enhance the visitor experience,” Vanier said.

The policy states they should include the municipal logo, which also highlights the motto “yours to explore” and the township website. Vanier’s report said because of poor marking, people are unaware of numerous municipal assets, such as more than 30 public boat launches.

“I was totally impressed by the amount of work that has been put into this,” Coun. Cam McKenzie said. “Well done team.”

New signs in this stage will also include internal information like landfill hours and park usage. Signs identifying amenities like parks and directing traffic will also be replaced.

Other categories, including municipal gateways, community buildings and community identification will be addressed later.

Deputy mayor Cec Ryall said the private sector also wants to be involved and have new markers directing people toward their businesses.

“It’s a great opportunity but it also has some great challenges associated with it,” Ryall said, noting sign pollution is a concern. “They’d be willing to absorb the cost for their particular entity. So, another opportunity for economic development.”

He also said although it would not be part of this first stage, private sector partnership could be explored at a future date. Ryall also raised county-wide signage at the county’s tourism committee meeting April 10.

Committee chair Carol Moffatt said although it has been identified as an issue, it will take more time to address at the county level. Highlands East has earmarked $40,000 for the initiative to be used by March 2020 .