Although he is a painter, San Murata played the violin with his jazz trio at the opening of his new art exhibition in Minden this past Friday night.

The Japan, Ontario and Quebec: Living for Landscapes exhibition debuted at the Minden Hills Cultural Centre May 31.

The pieces are Murata’s interpretations of landscapes in Canada and Japan, done in Gouache, a more pigmented form of watercolour.

“I think this sort of landscape in its folk appeal is something that this community would certainly enjoy,” said Laurie Carmount, Agnes Jamieson Gallery curator.

She said viewers can guess where most of the Ontario and Quebec paintings are from, but might confuse the paintings of Japan for landscapes in Eastern Ontario.

Murata said he was influenced by American folk artist Grandma Moses when he started painting.

Some of the opening night attendees say his work even looks like hers.

Skye Morrison, a friend of Murata’s that helped him set up the exhibition, said his work was originally showcased in Japan and they wanted to bring it close to where they live for most of the year in Northumberland.

“We wanted to apply to the arts council for an exhibition assistants’ grant but to apply at a big gallery like Peterborough, there’s too many applicants and it was actually the Art Gallery of Peterborough that suggested coming to see them (Minden Hills),” she said.

Murata said he is thrilled to be showcasing his art where some of his favourite painter’s [Andre Lapine’s] art work in on display.

“I’m not a good painter you know? But I have my own style, that’s what keeps me going. I’ve been painting every day for 40 years,” he said. 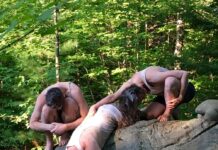 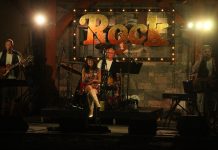 Rocking the night away at Head Lake Park 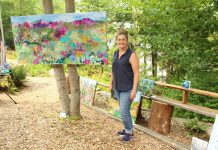