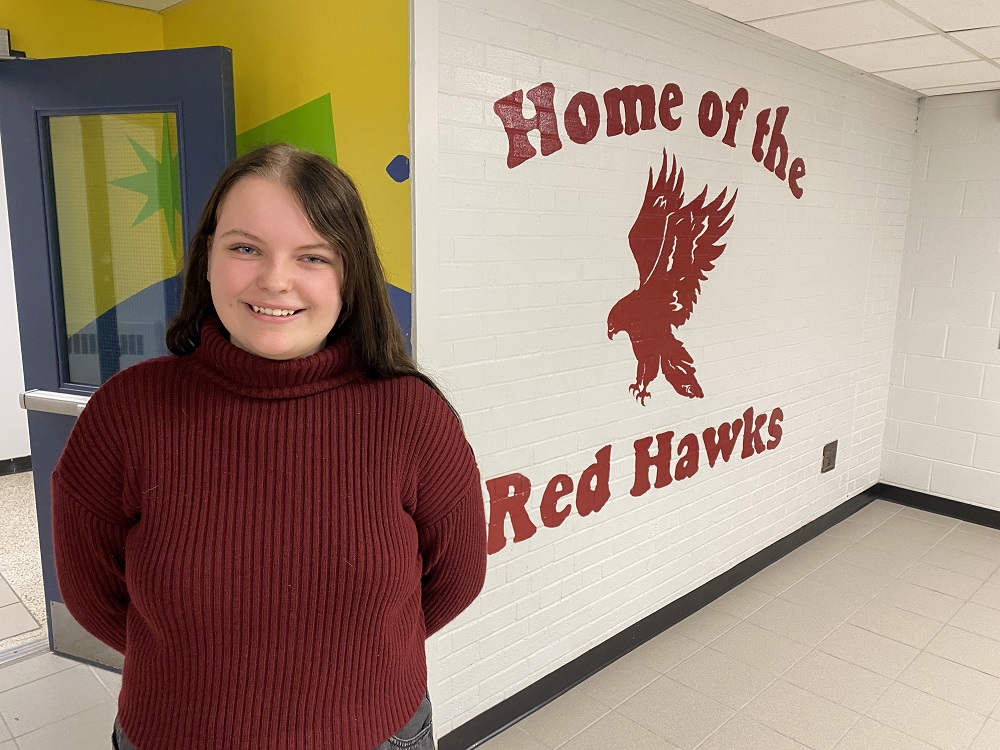 The senate is made up of elected representatives from TLDSB’s seven high schools. The group meets virtually to discuss ongoing issues at school sites and develop long-term goals and priorities to enhance student learning. Members interact with senior administration throughout the school year, with “important” topics brought to trustees at monthly board meetings.

Recently, the senate has adopted a new climate change action plan, mapping out a 10-phase approach to improving environmental practices board-wide; launched a new online reporting system to clamp down on bullying and helping all students feel safer at school; and rolled out a menstrual equity program, providing free sanitary products to female students.

Sidsworth began her term in September, after being elected by her classmates in April.

“It’s a great opportunity… I’d always been intrigued by the G7 and the work it does,” she told The Highlander. “I really want to inspire change and help improve our school, and other schools in the TLDSB system”.

The 17-year-old’s top priority was setting up a new eco club at HHSS.

“I was a bit nervous, because in previous years we’ve tried to run an eco club, there’s only been two or three people involved and it didn’t really go anywhere. But we have 14 members this year, and we’ve already come together to decide on some projects we want to accomplish,” Sidsworth said.

One idea is to transform an unused courtyard at the centre of the school into an outdoor study space, while Sidsworth also wants to establish a garden, to grow fresh produce for the foods class. She also plans to start selling reusable water bottles at the main office.

Born and raised in Haliburton, Sidsworth said she has a deep connection with nature and loves being outdoors. She feels her generation has a responsibility to protect the environment.

“Just seeing what our world is turning into is heartbreaking. The thought of me growing up in a wasteland of a world is sad. I just want to stop the abuse and help the environment as much as I can.”

The main highlight for Sidsworth has been meeting new people – both at HHSS and across TLDSB. She attended an in-person G7 meeting in Minden in November, where members spent time getting to know one another. Sidsworth said her involvement in G7 has enhanced her student experience, while teaching her several new skills.

“I’ve learned a lot about how to be a leader and take control of situations… how I can make my voice be heard in a way that’s beneficial to me and also to my audience,” she said. “This is something that’s going to benefit me a lot in my future life.”

Outdoors and creativity at heart of Highlands’ vision for tourism

Tips to get children ready for kindergarten