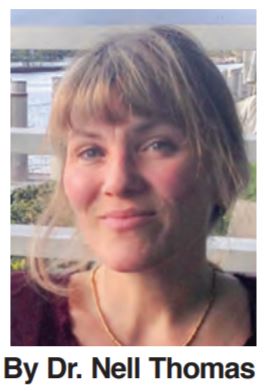 The UN Conference on Biodiversity in Montreal concluded this week with 190 countries agreeing to protect 30 per cent of Earth’s land and oceans by 2030.

This is the first agreement with such far- reaching goals, containing 23 environmental targets with monitoring mechanisms to measure achievement of these targets and insist on accountability by governments.

Previous efforts have failed because they lacked specifically measurable goals, and because today’s urgency was not felt. With the science telling us over one million species are at risk of extinction – affecting food and water for human life – the will is considerable to put words into action.

Participants agreed also to manage the remaining 70 per cent of our planet with attention to areas critical to biodiversity (wetlands, savannahs, forests, waterways) and to ensure that big businesses disclose potential biodiversity risks of their activities.

Rewilding is happening around the world. What that looks like in our backyards might include some of the following:

• Shoreline protection. Keeping and restoring native plants along lake and river shores protects from erosion and lost nesting habitat. See ‘Native Plants for Your Property Including Shorelines,’ a document on the Haliburton County Master Gardeners website that provides an extensive list of trees, grasses, shrubs, perennials, ferns and sedges, as well as sources for native plant nurseries.

• Bring back insects. A recent UK survey discovered a 64 per cent loss of flying insects since 2004. Without pollinators, there are no crops. A “Keystone Species” refers to a species that other species in an ecosystem depend on, such that if it disappeared, survival of the rest would drastically change. You can look up Keystone Species and choose these critical plants as the foundation of your garden to attract the most beneficial native insects.

• Pesticides are suicide. While these chemicals can control unwanted fungi, pests and diseases, they greatly reduce biodiversity by killing many wildlife species including mammals, birds, frogs, earthworms and bees. Natural alternatives to pesticides include diatomaceous earth, marigolds, feverfew, chives, nasturtium (keep aphids away), borage (prevents worms in tomatoes). Speak to a gardening expert to discover how to avoid pesticide use.

• Feeding wildlife. Tempting as it is to put out corn or hay for deer, a better food bar is one that mirrors the diversity of a deer’s diet. Deer eat a variety of plants and shrubs. In winter, deer eat bark and twigs from trees, or moss under the snow. Some people hang branches for deer to munch on.

• More trees. Planting a forest means providing habitat for many creatures, building an ecosystem from the bottom up. Roots ensure healthy soil, prevent erosion, and if planted close enough together they will better survive the extreme high winds climate change brings. Insects live in trees, providing sustenance for birds and other animals.

• Rethink fertilizers. Although convenient, synthetic or inorganic fertilizers often enhance the growth of one or two dominant species at the expense of the diversity of a natural ecosystem. Chemical sprays and liquid fertilizer can kill important microorganisms in the soil that create organic matter. They can leach into groundwater, causing water pollution. Your garden will prosper with tree leaves, Lomi dirt, weed remains, eggshells, coffee grounds, food waste. A complex balance of ph, moisture, microbes and fungi make up the macro and micronutrients plants require. Healthy soil is the backbone of a healthy ecosystem.

• The Haliburton County Master Gardeners have a new exciting project, ‘Stepping into Nature’ that serves to highlight local biodiversity. It includes self-guided tours via Pocketsights (mobile App) and will start in May with a focus on the Minden Riverwalk. See their website to participate.

Make this a local Christmas

A productive term for councils

The Outsider: Do they hunt in heaven?