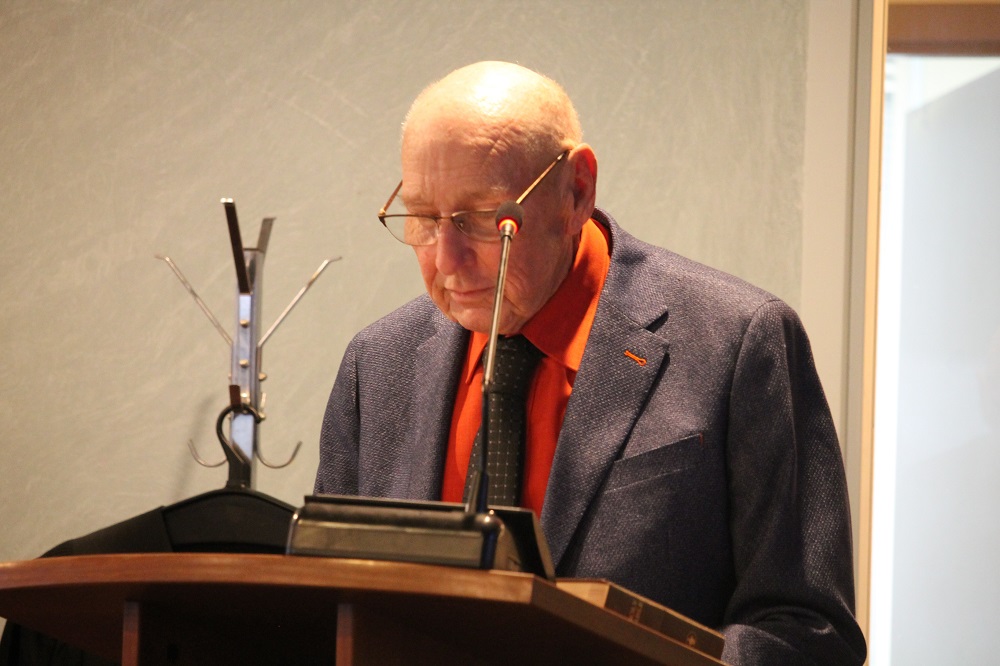 The County’s shoreline preservation bylaw will go to a special meeting in January after Dysart et al councillors Murray Fearrey and Walt McKechnie voiced reluctance to endorse it at a Dec. 14 meeting.

Half of council already gave the thumbs up to the bylaw in August, prior to the municipal elections. Dysart et al’s former councillors, Andrea Roberts and Pat Kennedy, voted against, and subsequently their council withheld delegated authority for the County to administer the bylaw.

Director of planning, Steve Stone, said last week, the bylaw can still proceed if only three of the four municipalities buy in. Algonquin Highlands, Highlands East and Minden Hills delegated authority earlier this year and their County representatives indicated during the meeting that is not likely to change.

Stone came to council seeking direction, and after a robust debate, they decided to call a special meeting for the new year, to deal with concerns as well as discuss how the bylaw would be implemented.

Warden Liz Danielsen said, “we do need to land somewhere, relatively soon, if we’re going to plan for an April start-up date.”

Stone said they’d have to repeal the existing bylaw, craft a new one, and go back to the three participating counclls for delegated authority. They’d have to revise the funding model as well.

Coun. Bob Carter said from his perspective, “we either stand united or we fall divided. It doesn’t take a master cartographer to figure out that every major lake and water system in Dysart flows through Minden after it leaves Dysart. So, at this point in time, if Dysart, in particular, is not going to go along with the County bylaw, I’m not sure what its total value is.”

He added legally, and scientifically, the bylaw has been deemed well-crafted and in the common good. “We have a moral issue to be the stewards of these lakes.”

Danielsen said at least having three of four would make “positive strides in the right direction. We need to have an opportunity to see how this works. We won’t know for sure until we put it to the test.”

Coun. Jennifer Dailloux suggested constructing the bylaw for three townships and test piloting it for two years to gather as much data as possible.

Fearrey said he felt Dysart was “getting a little scolding here” during discussions. He said the County had a tree cutting bylaw, that was complaints driven, but not enforced. Stone informed council they were actually investigating two tree cutting violations at the moment.

“I just hate bylaws that force neighbours to squeal on their neighbours,” Fearrey commented.

He went on to call the bylaw complicated, asking, “why do we have to have 30 pages or whatever it is?” He added in addition to needing to be simplified, there are “so many conflicting things.”

“Clearly my council is not going to delegate authority until they’re satisfied it’s a bylaw or a tool that’s going to be useful,” he said.

McKechnie said he represents “a very large group of people in Dysart” not in favour of the bylaw. He added they feel they’ve not been informed enough on the issues. “They feel there’s enough policies and rules in place.”

McKechnie added he believes it’s a small minority of people who clear cut, or have done something “crazy” to their waterfront. He said he asked a contractor the last time they dynamited and was told 10 years ago.

Coun. Lisa Schell urged McKechnie to speak to the people he said were complaining to him about the bylaw to find out why they don’t support it. She said there could be misinformation or misunderstanding. She also suggested to McKechnie that there were people in his constituency who do support the bylaw.

Carter added, “unlike others, I continue to see wanton destruction of our shoreline and can give you a countless number of examples.”

During his presentation, Stone said the bylaw had been “exhaustively” researched by two consultants, and deemed very well-crafted by a lawyer.

In reference to comments there are too many bylaws, he noted, “the benefit of this new bylaw is it now covers both preservation of trees along the shorelines as well as the terrain close to the water’s edge.” He went on to summarize the bylaw during about a 20-minute presentation.

Carter said, “we need to work towards some consensus. I want everybody in on this because I think that’s what’s needed for the whole community and for our future, too.”

Schell said she was channeling former Coun. Brent Devolin in saying if the County was amalgamated “this would not be going on right now.”

Counsellor putting in work to change thoughts on death