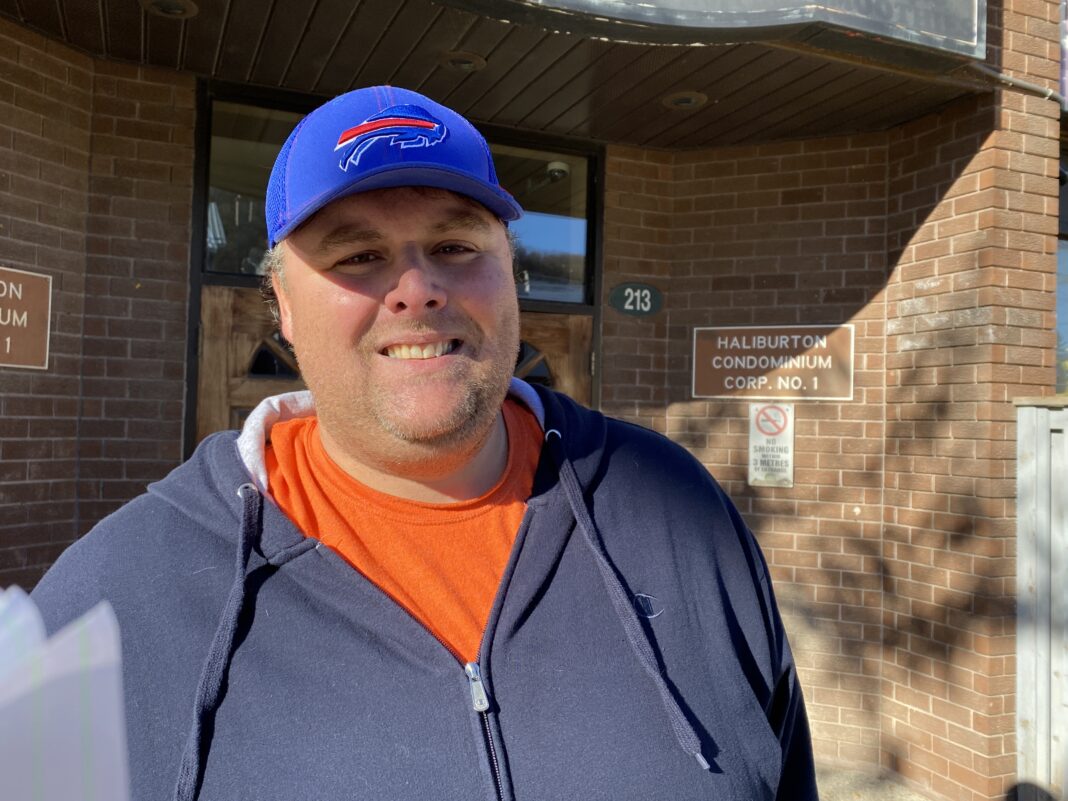 After a nervous few months, tenants of The Rez in downtown Haliburton breathed a collective sigh of relief last week after former owner, Nick Adams, confirmed he had completed a deal to re-purchase the property.

The future of the apartment complex, which houses 15 low and fixed-income residents, has been up in the air for much of this year.

After selling the property in November 2021 and relocating with his family to New Brunswick, Adams returned to Haliburton temporarily in August after learning the new owners had allowed the property to fall into arrears.

The holders of the primary mortgage were threatening to foreclose and send the property to power of sale, which would have forced eviction on all residents.

Adams has spent weeks trying to avoid that, working on a deal to reassume ownership.

He confirmed that, as of Dec. 9, he was once again the legal owner of 213 Highland St. “I am doing what I am doing not because I want to, but because I have to… These people are my friends, and I couldn’t just sit by and watch them get kicked out onto the streets,” Adams previously told The Highlander. “Losing this space [would have been] the worst case scenario for Haliburton. There’s nothing else like this operating in the County. There [would have been] nowhere for these people to go.”

Since he first became involved with The Rez in 2013, Adams estimates more than 100 people have lived there.

Due to the nature of the residence, which is split into two sections and boasts two communal living areas, including kitchens, bathrooms, lounges and 15 bedrooms, Adams has had difficulty securing insurance. He has recently signed an agreement, and noted that, due to the conditions, he would be returning to Haliburton full-time in the new year and taking up residence at The Rez.