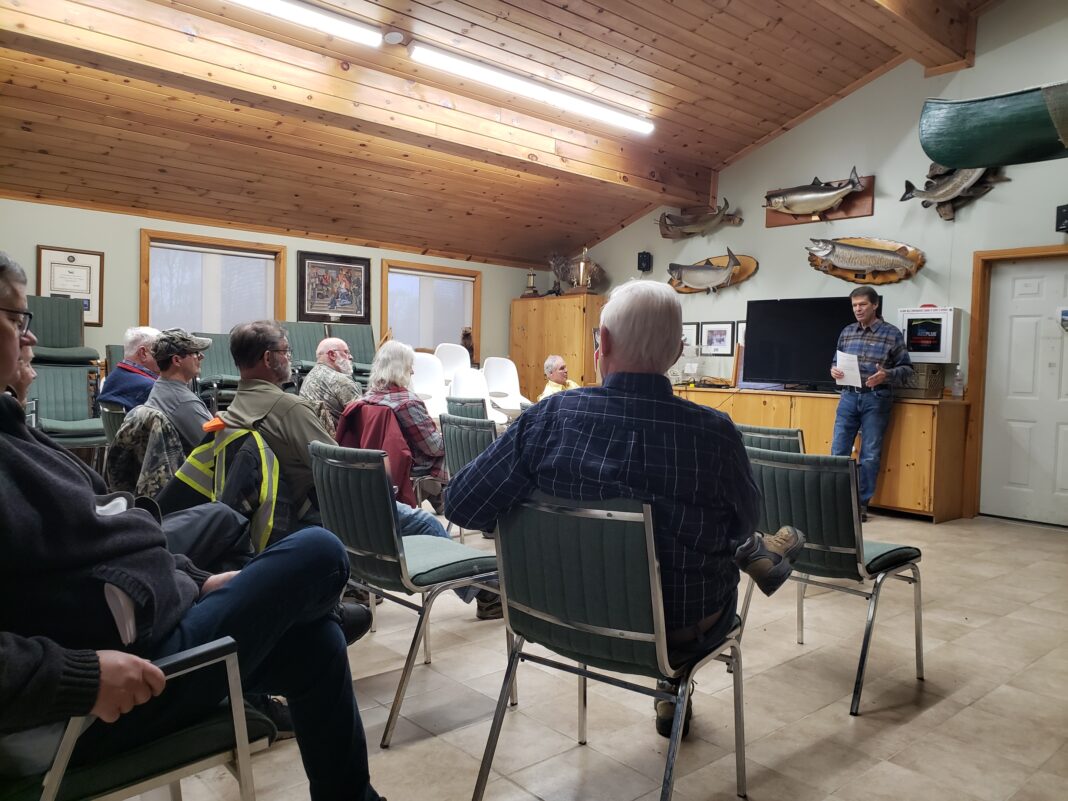 It was another busy year at the Haliburton Highlands Outdoors Association (HHOA), president Dan Smith told the organization’s Nov. 27 AGM. It’s been 30 years since founding, but COVID-19 restrictions hampered celebration plans for this year. Smith said the association hopes to mark the milestone in the coming year.

The pandemic also prompted a change to HHOA fundraising, with traditional events such as the wild game dinner off the table. “At the same time, businesses in town have shut down during COVID,” Smith said. “How are we going to go ask for money?”

He said new fundraising initiatives such as the Catch the Ace have been successful, with the 50/50 cash raffle seeming like a good bet for the future. “To keep the lights on and feed the fish… we had to change the way we think,” Smith said.

Another focus has been spreading awareness of the group through social media, news sources and the group’s website.

“We need more members and volunteers,” Smith said. Currently, the association sits at 100 paid members and 84 volunteers. Volunteers who work more than 50 hours per week receive a free membership. The Ontario government’s proposal to shorten the ice fishing season on certain lakes could impact fishing on lakes the HHOA has stocked.

“For us, there are only three lakes on the list which might be problematic,” said hatchery manager David Poirer. He is seeking clarity on how the rules would impact the association’s stocking license on Salmon Lake, Lake Kashagawigamog and Kushog Lake.

Poirer referred to studies that show limiting the fish anglers can keep tends to be more effective than limiting time on the ice. Smith said, “we haven’t put our heads together to give our group’s feedback, because that’s not our group’s purpose at this time.”

Learning to love your lake the right way