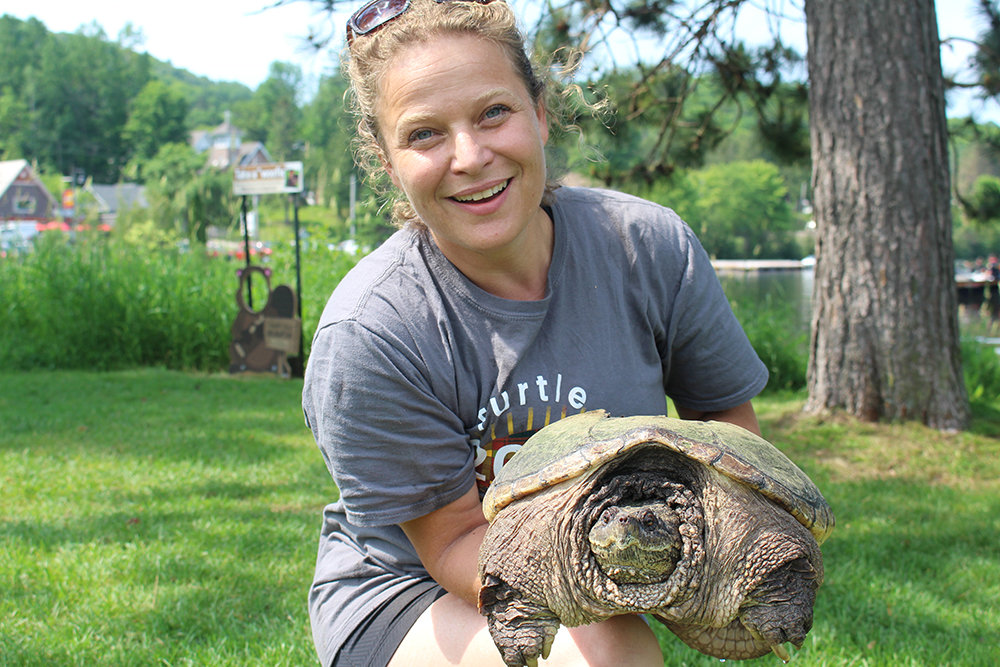 Berman, the founder of The Land Between and Turtle Guardians, spoke about the importance of wetlands Nov. 24 and how the bill but wetlands at risk locally and across the province. “We need to talk about Bill 23 because it puts most of Ontario at risk, and all of our good work at risk, and all of our economies at risk,” Berman told about 50 people attending the AGM on Zoom.

She said that habitat destruction is particularly problematic in the Highlands since we are not blessed with variable soils, but rather fractured bedrock.

“Those wetlands are essential to regulate our water and our water supplies.” She added the now endorsed regulations change the Ontario Wetland Evaluation System. Berman has interpreted those changes to mean less consideration for endangered species and the delisting of some provincially-significant wetlands since they won’t qualify now.

She thinks, as a result, there will be few if any designations in future.

“The new interpretation means that you can cut off arms and legs of these wetlands, but the wetlands won’t function and thrive that way and they won’t be able to clean our water and be the kidney that they are without those arms and legs,” she told the AGM during an extended presentation. She is also concerned that the Act, “takes the onus away from the recognized experts” at the Ministry of Natural Resources, and Forestry instead puts responsibility on the backs of municipalities that may not have the expertise.

She added it, “entirely removes the Conservation Authority’s role.” She believes citizens’ rights have been removed, with lessened requirements for developers and councils to notify the public about proposals in their communities, “defiling our democracy” by removing doors to public comment and appeal.

Further she said the premier and minister can usurp local authority, creating biased and closed markets.

Berman also explained that the Bill takes away fees that would normally go to municipalities, yet increases demands for services that will mean more taxes paid by the community at large to pay for costs. Berman then showed pictures from the “hundreds of protests” across the province.

In receiving Royal Assent, the province said Nov. 28, the Act supports “the government’s efforts to tackle the housing supply crisis and get 1.5 million homes built over the next 10 years. More Homes Built Faster removes unnecessary costs and cuts through red tape and other bottlenecks that stand in the way of new homes being built.” Minister of Municipal Affairs and Housing, Steve Clark, added, “More Homes Built Faster helps fulfill our government’s promise to help more Ontarians find a home that meets their needs and budget. I am proud of the action this plan takes to increase the supply of housing of all types and restore the dream of homeownership for a generation of Ontarians.”

She added EH! had been stakeholders presenting on the shoreline preservation bylaw and short-term rentals, and vice-president Terry Moore participated on the County’s community climate action advisory panel.

Two long-serving directors, Carolynn Coburn and Eric Lilius, stepped down from the board of directors after serving since 2003. “We owe them a huge debt of gratitude for their leadership and dedication,” Hay said. “Eric has, since the beginning of the pandemic, been our Zoom coordinator and webmaster among other roles. Carolynn has recently been our treasurer. I thank both Eric and Carolynn for their help and their service.”

She noted the two were named Haliburton Highlands Land Trust Enviro Heroes in 2018. Also leaving the board is secretary Katie Paroschy. Joining the board are Christine Legge, Wilma Thomson, Tammy Kuepfer and Ryan Sisson.

Amalgamation: not about saving money