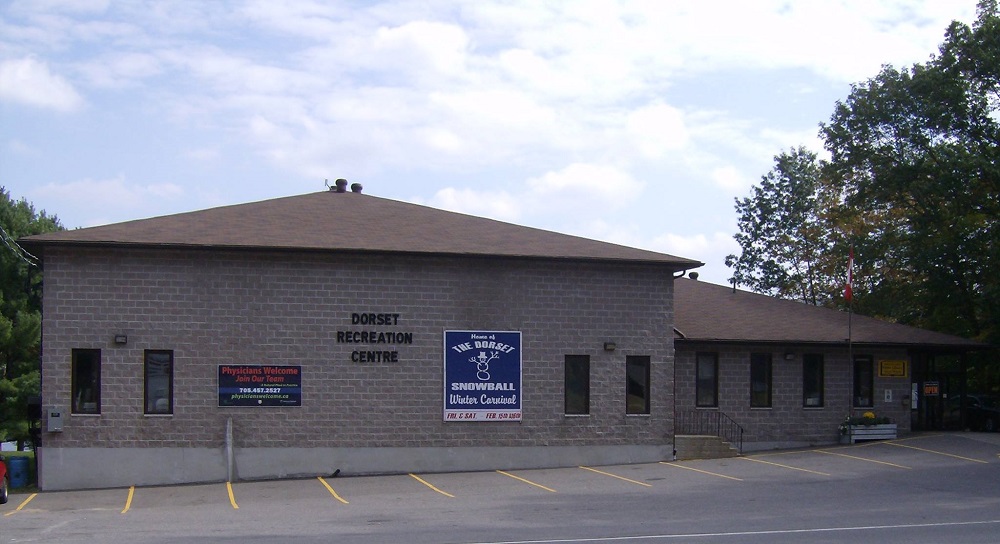 Algonquin Highlands staff are hoping to reopen the Dorset Recreation Centre by the end of next year.

Speaking at a Dec. 8 council meeting, Adam Thorn, public works manager with the township, said it was difficult to provide an exact date for when the facility could reopen considering there’s still some investigation to be done before repairs can begin.

“As much as we want to have this open for the public tomorrow, it’s something we need to make sure we’re thorough with… I would love to say [we’ll be in a position to reopen] somewhere between six and 10 months from now,” Thorn said.

The facility has been closed since March 2020 after staff found extensive mold and moisture damage while carrying out a small renovation in a downstairs bathroom. Further investigation showed the issue was prevalent throughout the building.

The centre is home to an air-conditioned squash court, weight and fitness room, meeting rooms, two kitchens, showers and a gymnasium equipped with volleyball, basketball, floor hockey and pickleball equipment. There are also public computers on-site.

Thorn noted that, prior to its closing, the building was used mainly for recreational purposes, though was available for people to rent to host meetings, workshops, dances and weddings.

Dorset resident Dave Mullins feels the community has been waiting far too long for one of its main hubs to reopen. He delivered a petition to Algonquin Highlands council, signed by 388 people, calling for the township to make the renovation a top priority.

“The citizens of Dorset have been eminently patient regarding the closure. The patience has worn thin,” Mullins wrote in his submission.

“This venue is used by people from Port Sydney to Huntsville, through Baysville and the south shore of Lake of Bays. It draws in the large population on Kawagama and the surrounding smaller lakes down Hwy. 35… In a small village like Dorset, the rec centre serves as an important meeting place for the community, yet it remains shuttered with no clear indication of when, or if ever, it will re-open.”

Mayor Liz Danielsen said she was very concerned about the amount of time the building has been closed, but that staff had to follow the correct processes to ensure any renovations are properly completed.

Thorn said, before any work can begin, the township should bring someone in to take another look at the building.

A previous study was completed by consulting and engineering firm Cambium last winter, but Thorn noted the mold had likely worsened since then.

“I would really like to not have to come back here in three, four, 10 years and say ‘we missed something’, so taking another look is important,” Thorn said. A previous cost estimate of $900,000, pitched last summer, now appears low, though Thorn stopped short of providing a new projection.

Thorn has been working alongside Travis Wilson, a consultant with Peterboroughbased Engage Engineering, to come up with a plan to redevelop the centre. Addressing council last week, Wilson said he put out an expression of interest to firms interested in taking the project on. He received five responses.

All companies were asked how they would proceed with the project, and when they could expect to start and complete the work. All five companies said they could begin early in the new year, with only three providing completion dates – one being six months, another 10 months, and a third giving a completion date of Aug. 23. Wilson said he will work on putting an official RFP out by mid-January, with a final recommendation coming to council later that month.