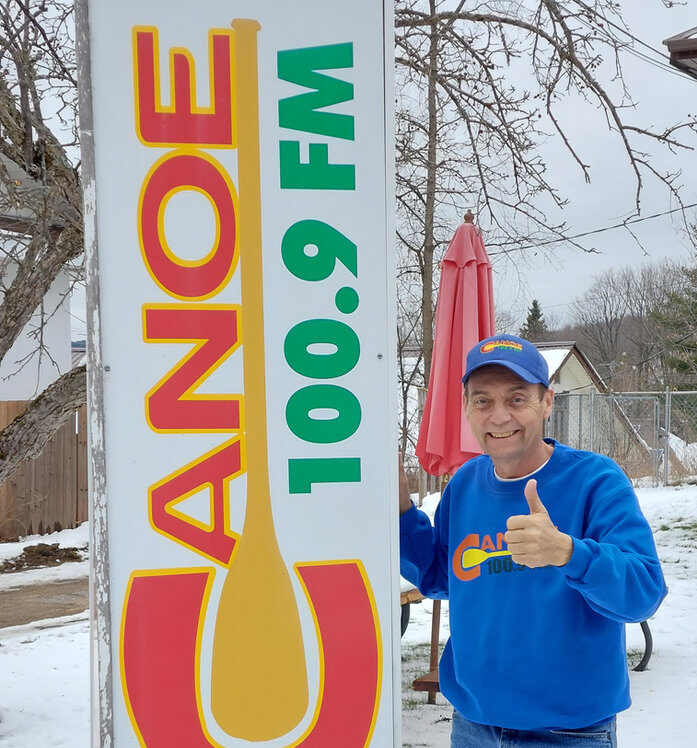 CanoeFM radio host Patrick Monaghan has been named Blues Booster of the Year by the Toronto Blues Society.

Host of The Buckslide Blues Cruise Tuesday nights, Monaghan is “well known as one of the biggest supporters of Canadian blues musicians,” said the society in a Nov. 29 media release. “A champion enthusiast like a few others, Patrick Monaghan is a classic Blues Booster,” said Derek Andrews, president of the Toronto Blues Society.

“CanoeFM is lucky to have Patrick as an advocate, as are all blues musicians who benefit from his passion.” Monaghan’s 40-year love affair with the genre has seen him travel across Canada and the United States to festivals and concerts, as well as developing an international radio audience and the Haliburton-based Buckslide Blues Society.

Monaghan has also been awarded multiple honours for his radio show through the National Campus Radio Association, hitting 300 shows in Jan. 2022.

Achieving the milestone was a goal Monaghan had in mind during a stretch of difficult months receiving treatment for cancer.

“I would like to thank the Toronto Blues Society for choosing me for this prestigious award,” Monaghan said. “I am honoured and thrilled to receive the Blues Booster of the Year Award. “I would also like to thank my peers, colleagues and the blues community for their support. Many kind and helpful people have helped me along the way.

About four years ago, I was diagnosed with a serious illness, again many members of the blues community stepped up to the plate ready to help in any way that they could. I am very grateful for their efforts. I consider my job as ‘keeping the blues alive’ but the last few years, the blues have been keeping me alive.”

The Buckslide Blues Cruise sets off each Tuesday evening at 7 p.m. Monaghan will be formally presented the award at the 26th annual Maple Blues Awards gala on Jan. 30 in Toronto.