Home Events Transition the theme of this year’s Shindig 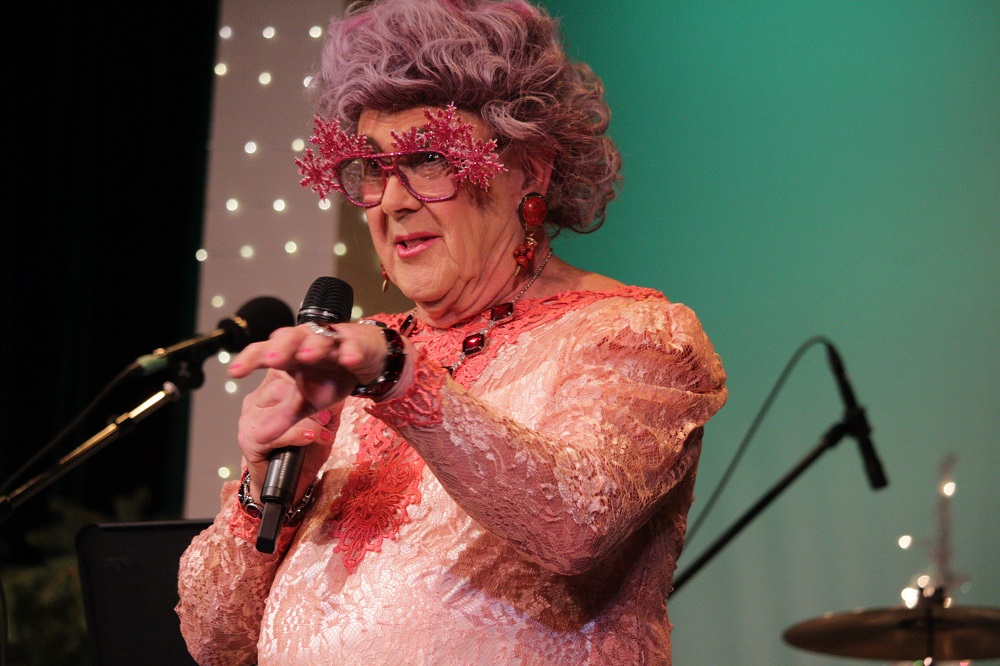 With Dame Beatrice retiring, this year’s Haliburton Highlands Christmas Shindig is transitioning. Victoria Bingham said she and Amy Brohm will be the “genial cohosts” on a night (Dec. 3) that sees a return to the Northern Lights Performing Arts Pavilion after a two-year hiatus. The Shindig was shifted to the Haliburton Legion last year to accommodate COVID-19 restrictions and an online broadcast.

“It should be similar to what people remember,” Bingham said. “Obviously, Mike Jaycock is not involved (he is an advisor) so there’s no Dame Beatrice but it’s Amy and I and it will still be fun.” Bingham said an organizing committee has been assembled to take over the creation of the Shindig this year. “It’s been interesting,” she said.

“Obviously, there has been a changeover at Fuel for Warmth as well. Jennifer Hughey and Sue Waite are the new folks over there who’ve taken over from Joanne Barnes and Wendy Ogilvie so it’s been a transitional year.”

Bingham said the format will be similar to years past, with “great acts.” She added there are new characters. There will be snacks at intermission and raffle draws of donated prizes. “Everything we raise is for Fuel for Warmth, and supporting the clients that need emergency heating.” Meanwhile, Jaycock, who has played the character of the beloved Dame Beatrice in the Shindig, said his alter ego is “having a real heartache. She will miss, so very much, being a part of this lovely show. Working alongside so many talented volunteers and entertainers was so rewarding and such fun.

“There’s nothing better than the rush you get from the laughter and applause of a live audience. Seeing so many happy faces and raising money for an important cause is the ultimate payoff for the many hours put into preparing the show. “Dame Beatrice is so very delighted the show will go on and wishes the troupe every success, and sends her love to all her wonderful ‘chipmunks’ in Haliburton County.”

Left to Tell: Lest we forget