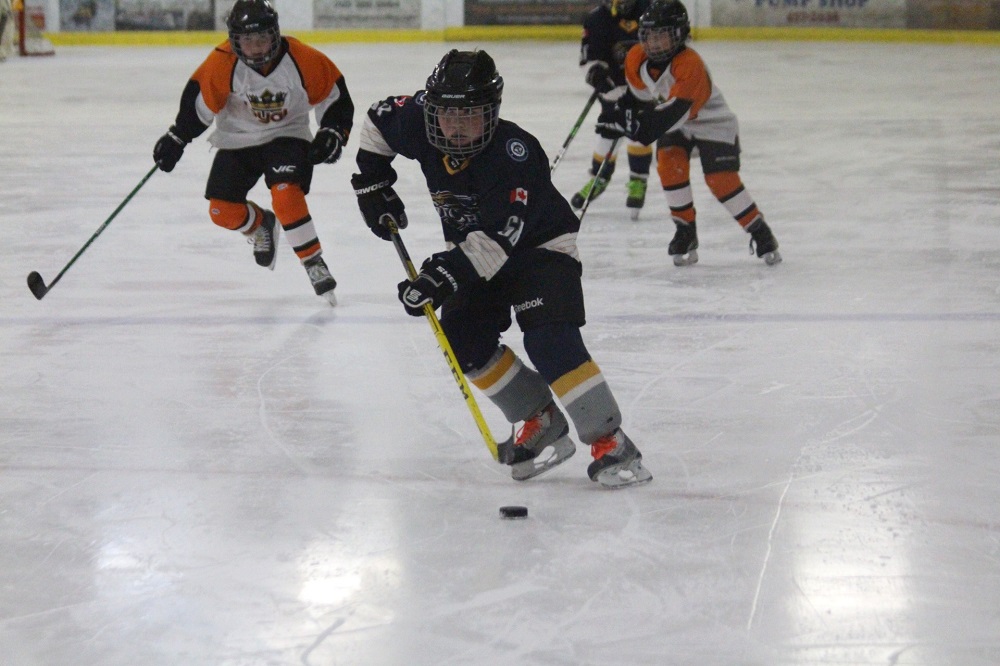 After a successful start to the season, the Highland Storm’s U11 Car Quest team entered the Silver Stick tournament in Haliburton this past weekend.

The team first faced off against the Sturgeon Lake White. The locals dominated, spending the majority of the match in the offensive zone. The Sturgeon goalie played a great game, holding the Storm to two goals and the Highlanders hung on to win 2-1.

Bently Bull and Mackay Windover had goals. A solid effort from the defense held the opponents to one goal.

The second game, against the Kemptville Royals, saw the Storm hold their own in the first, heading into the second down by one goal. The team struggled in the second and gave up five goals. The players rallied and played hard in the third and held the Royals scoreless but were unable to start a comeback. The final score was 6-0.

The third game on Saturday was against the Campbellford Yellow team. The team drew together and came out flying. The newfound spirit was possibly due to a unique team handshake that was a rallying cry for the players. All 12 rose to the challenge. Goalie Nathian Lowe lived up to his commitment to stop the first shot.

The defense and hard back-check fulfilled their part of the bargain by clearing rebounds and turning the puck up ice. A complete team effort, led by a hat-trick from Windover, awarded the team a 6-3 victory and a semi-final game against Apsley.

The team spirit continued as the Storm faced the heavily-favoured eventual champions. The Storm came out strong again and pulled ahead by two. While the team played by far the best game of their season, they were unable to hold the lead for a final score of 3-2.