Home General News Minden council must be ‘creative and courageous’ 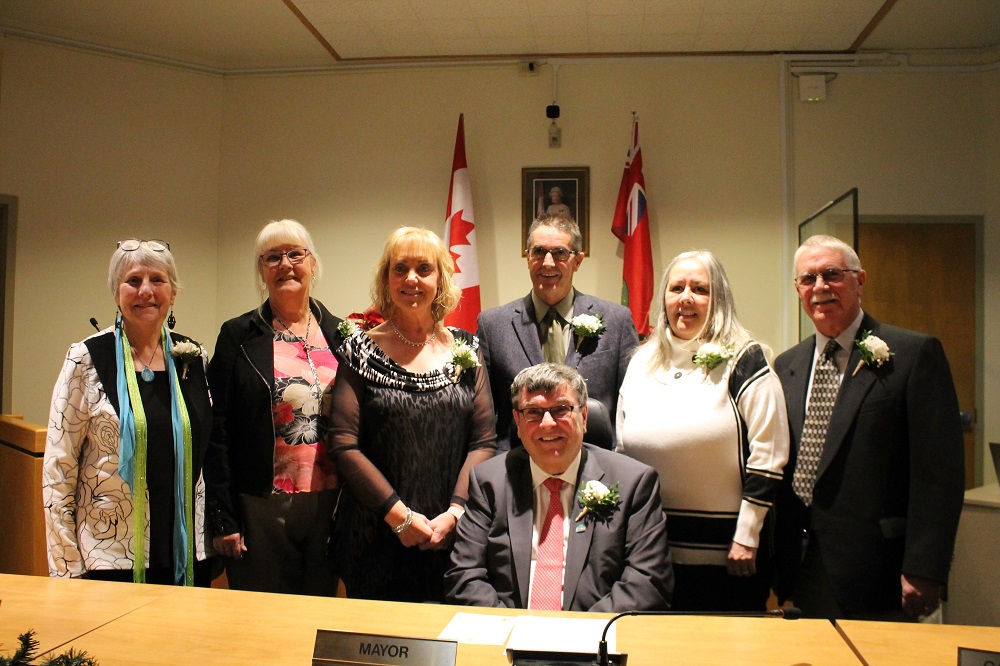 New Minden Hills mayor Bob Carter said “no white knight, no ninja turtle, no Marvel superhero” is coming from the outside to solve Minden Hills’ problems.

Speaking at council’s inaugural meeting Nov. 15, Carter said, “we need to be our own heroes and do it ourselves.”

However, he added “and we seven people on council cannot do this alone.” He was referring to himself, deputy mayor Lisa Schell, councillor-at-large Tammy McKelvey, ward one councillors Ivan Ingram and Shirley Johannessen, ward two coun. Pam Sayne and ward three coun. Bob Sisson.

He asked for the community’s support, and time, by getting involved on boards, committees and task forces. He said those bodies had been decimated by COVID, but vowed, “we will return with more robust, focused and supported committees that will expand the ability of council to deal with the many critical issues.”

Carter said some of those challenges include recovering from COVID, and growth in the face of a housing shortage impacting low to average income families and seniors. He referenced a shortage of workers to staff businesses and service sectors. The new mayor also commented on climate change, “that stresses our infrastructure and we must lead the way in dealing with this inevitable reality.” He also spoke to a global health care system that is “strained and threatened” in rural and urban areas.

Carter said the township’s infrastructure needs an infusion of capital before drastic degradation. He also worries that provincial and federal spending during COVID will result in cuts as they strive to balance their books. He said it will lead to continued downloading onto municipal government, squeezing resources.

Faced with that, Carter said the council needed to be creative and courageous as it identifies its most pressing priorities.

Carter vowed to use resources wisely and operate as transparently as possible.

“We may not please everybody with every decision but we will make decisions that are best for our community.”

Deputy mayor Lisa Schell, starting her fifth term, said when she first started out, mentor Peter Oyler told her, “we need to make decisions for the many, not for the few. It’s something I’ve taken with me for the past 16 years. It’s vital we all think that way.”