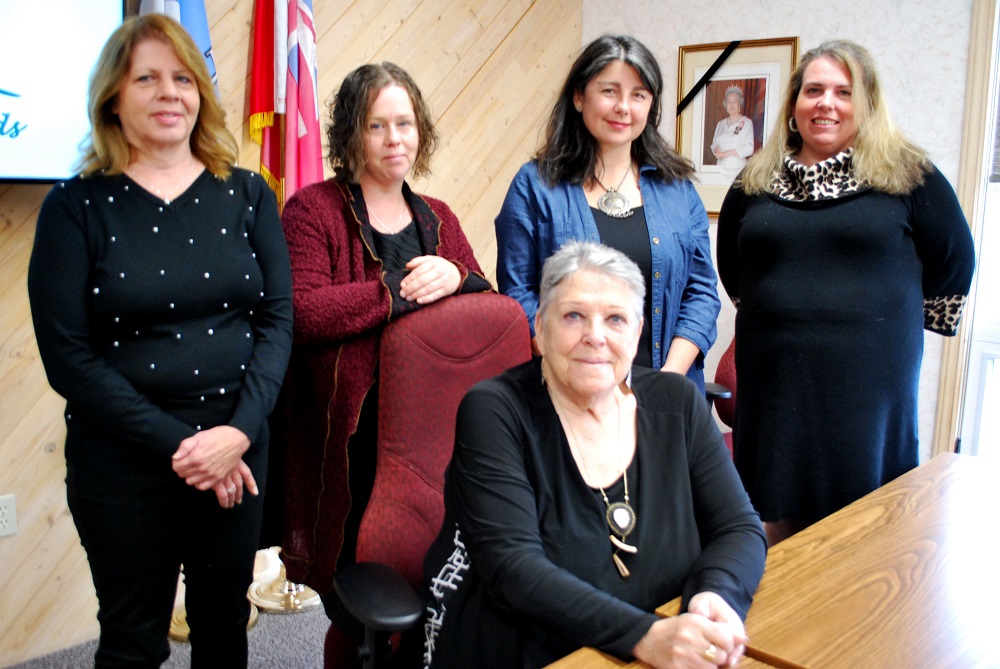 Julia Shortreed is returning as ward 1 representative, with Lisa Barry also back in ward 2. Sabrina Richards is the lone new voice on council, where she will join Barry in serving ward 2.

Danielsen kicked off Tuesday’s inaugural meeting by acknowledging Moffatt’s contributions to the township over the past 16 years, noting this was a new era for Algonquin Highlands.

“Even though we have four of the same members on our council, the energy and dynamics will no doubt be quite different… I’m looking forward to us finding a path together, to setting new priorities for our term and working as a team to achieve the goals and objectives we set, and then stand strong as a single body once we’ve made our decisions,” Danielsen said.

“We already know we have some big-ticket things to address. It is my hope we’re all ready to roll our sleeves up and work hand in hand with staff to meet the challenges we will face over the next four years.”

Each councillor took the opportunity to speak. Barry, returning for a fourth term, said she will continue being a steward for her ward and is looking forward to developing new policies to improve the community. Shortreed said she was excited for the township to get back on track this term, following two-plus years of COVIDrelated impacts. Richards said she will follow through on her promise to be the community’s voice on council.

After being nominated by Shortreed to serve as deputy mayor, Dailloux said she is confident she will be an effective voice on County council. She vowed to consider any issue brought to her attention over the next four years.

“I make it a deliberate point to not take sides… not taking sides frees me to sit comfortably inside complexity. There is complexity in everything, and embracing that is not just our job, it makes for much stronger policy outcomes,” she said.

Referencing the contentious shoreline preservation bylaw passed by County council in September, Dailloux said she would be open to revisiting the file.

“What we have is the beta version of a policy that is going to be tried, tested and assessed… I think reviewing it will be fundamental, but not before we’ve collected some hard data,” she said. “Investing in lake and shoreline health, and in the preservation of intact ecosystems, is the longest-term, highest-return investment that we could ever make in our community.”

HE passes budget with 3.81 per cent levy increase