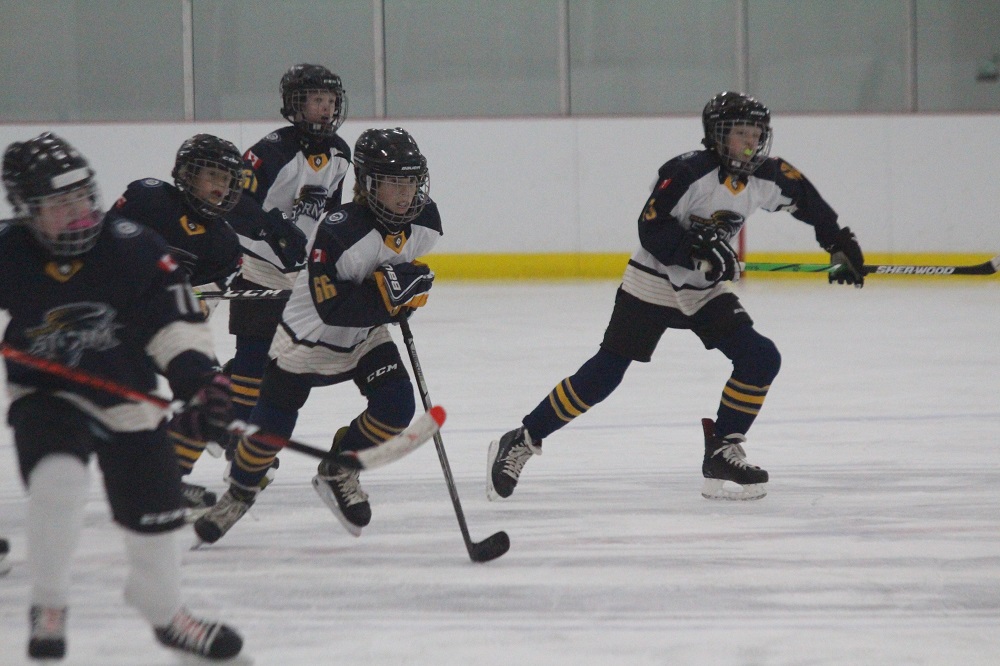 The excitement was evident from both teams right from puck drop.

Callum Merritt opened the scoring early in the first period, assisted by Rowan Little and Kora Reid. Car Quest responded quickly to tie it at one apiece.

Merritt continued his attack, scoring for the second time, with a response from the opposition tying it with two minutes left in the period.

The back-and-forth scoring continued throughout the second period. The trio of James Gooley, Maddex Reynolds and Liam Milburn worked well together to create quality scoring chances.

The second period ended with Up Right Roofing trailing 4-3

Up Right’s netminder, Bobby Walker, made some timely saves to keep his team in the game, allowing Little to tie the game at 4-4 early in the third.

Reed Brown and Jaxon Demerchant were solid on the offensive blue line making it difficult for the opposition to clear their zone while Madison Foisy mucked it up in the defensive zone, causing trouble for her opponents.

Car Quest managed to find the back of the net two more times creating the biggest lead in the game up to that point. Corbin Elliot helped Up Right claw back late in the third with his forecheck keeping the puck deep in the offensive zone.

Up Right Roofing tied it up at 6 with goals from Little and Milburn, assisted by Gooley and Reynolds. Both teams played hard right to the final buzzer.

Golf returns to the Highlands