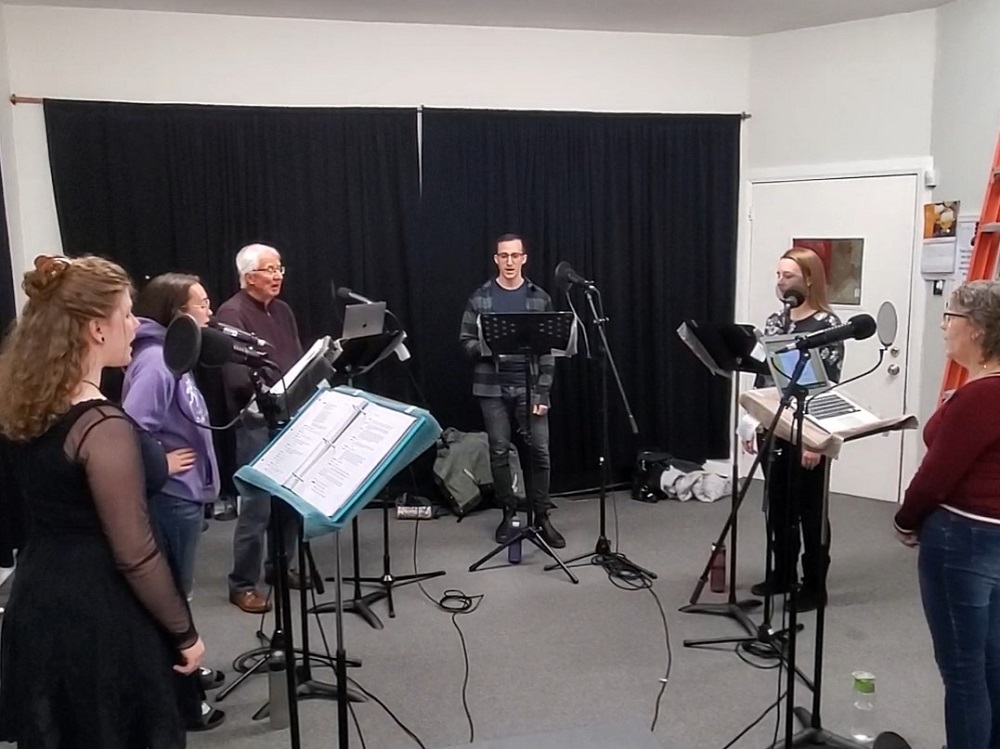 The Halifax explosion of 1917 remains one of the largest non-nuclear explosions in world history. More than 1,700 lives were lost and communities wiped off the map.

The story of what happened after the blast, however, is not often told.

Haliburton’s Radio Playhouse will do just that through a radio production of the critically-acclaimed play Shatter, written by Trina Davies, this November and December.

“We really are thrilled that she worked so closely to allow this to happen for our little community radio station, to have a calibre of play like this one to be able to be performed,” said Rita Jackson of Radio Playhouse, a CanoeFM show that stages plays on air.

Davies and Jackson both took part in re-orienting the play for radio.

“This was the very first time that one of her plays has been made into a radio production. So, it was an interesting kind of process that we worked through,” Jackson said. Originally produced by Ships Company Theatre in Parrsboro, Nova Scotia, in 2005, Shatter tells the story of Anna MacLean, a teenager whose life is upended by the blast. MacLean, her friend and her mother experience the aftershocks of a community processing tragedy.

“I was aware of the facts of the situation, and fact that the explosion occurred, and it was so dramatic,” said co-producer John Jackson, “But I had no idea of what it actually meant, in terms of the devastating impacts on the mental and physical lives of the people affected by it.”

Rita added that much of the play lingers on tension and suspicion that arose as the community attempted to find out how such a tragedy occurred.

“The play is focused on, not just the blast itself, it’s how it changed the culture and the society of Halifax.”

The audience will hear about these larger cultural shifts, however, through a teen’s eyes.

“I think that many people who will be listening to this will be able to identify and very, very easily identify with any of them on different levels,” Jackson said.

Harp in the Dark – chapter 6: Prejudice