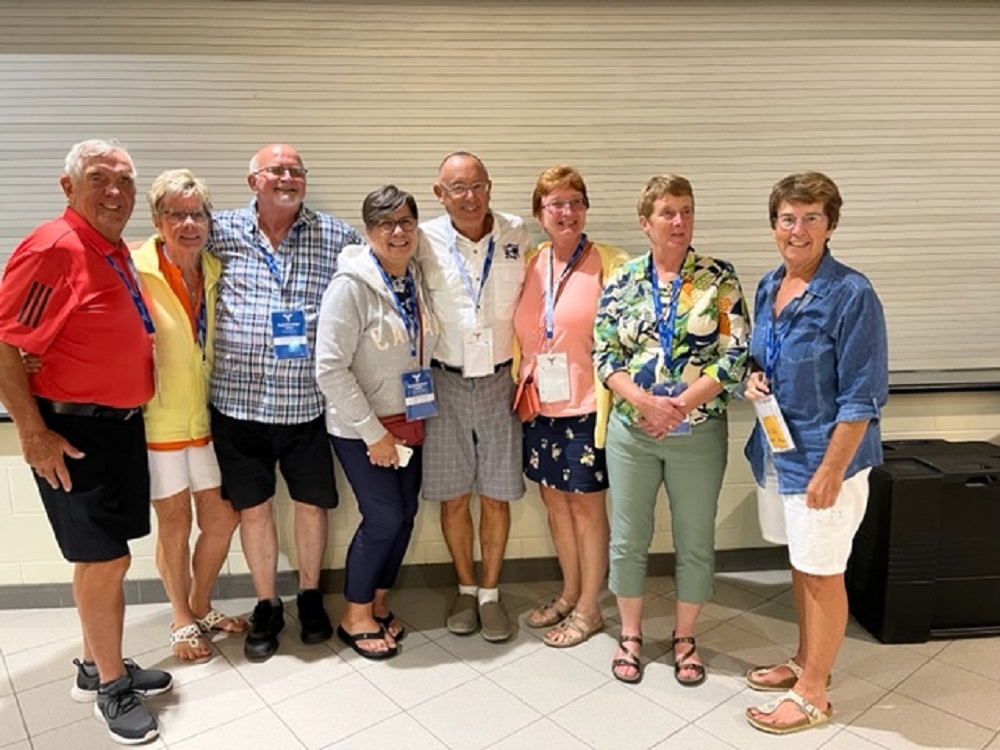 Frank and Sharon Ferris didn’t expect to get on the podium when they competed in Peterborough’s Ontario 55+ Summer Games.

But after the couple qualified and competed in the Canada 55+ games in Kamloops last week, they’re amongst the crew bringing national hardware back to the Highlands.

Each year, around 2,500 participants compete in 26 different events.

“The games offer opportunities for enrichment, fulfillment and improved quality of life provided by participation in a broad variety of athletic, recreational and social events,” states the games’ website. “Although the very nature of the games is to declare a winner, or winners, the aspect of winning is secondary to the social side related to reuniting with friends from games’ past.”

District 11 spokesperson Mary Johnson said in an email, “I do believe that District 11 participants represented us well. So proud of them.”

The District 11 association of athletes is in need of new executive board members. Email maryejohnson42@ gmail.com to get involved.