Home Arts The ‘mayor of Essonville’ exhales on new album 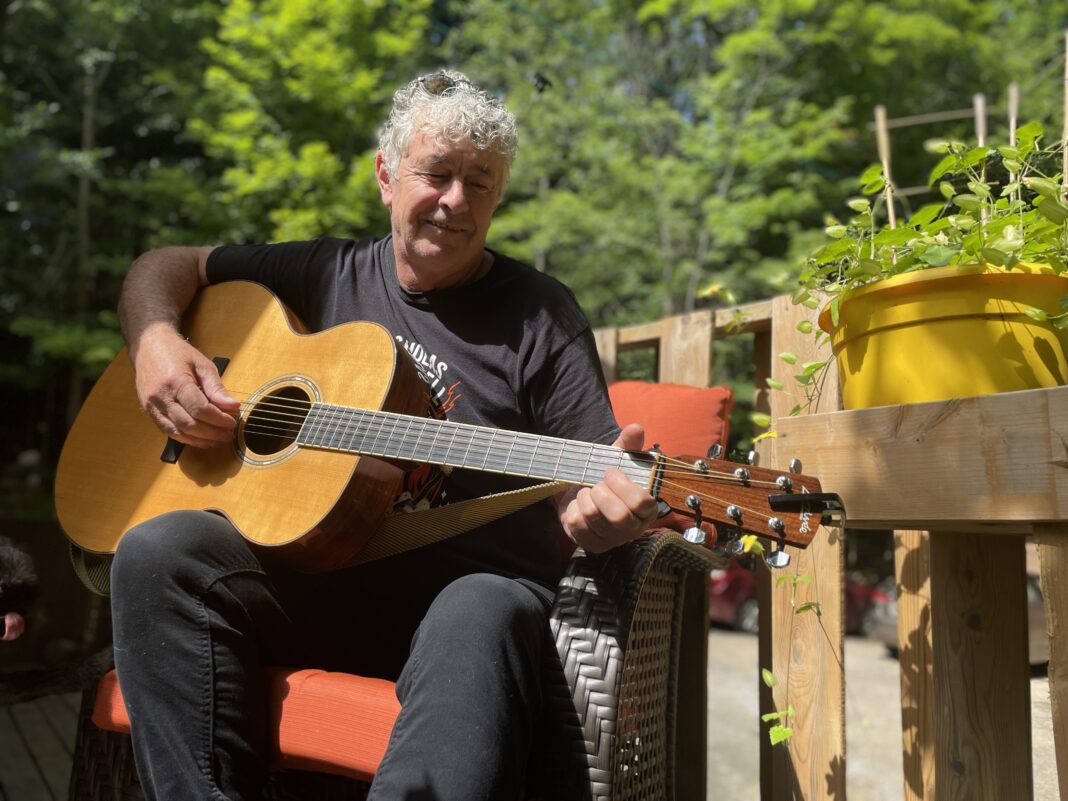 “You’d better be careful,” Albert John Saxby’s stepfather, living with dementia, told him once. “There comes an awkward fog.” Saxby wasn’t sure what he meant, but the songwriter found the phrase captivating.

This spring, when Saxby released his new album, Exhaling in an Awkward Fog seemed a good title. It comes after a few years of difficult change and loss, with Saxby contemplating life’s joys and sorrows after coming out the other side. “Now I can exhale,” he said.

The 15 songs are all Saxby’s favourites. From Dirty Little Men to America Lays Dying, Saxby’s lyrics often use metaphors to drive points home, dishing out critiques of political discourse and advice on everyday life in equal measure.

A longtime resident of Highlands East, Saxby became known as the “Mayor of Essonville,” and garnered a reputation for thoughtful lyrics in the vein of songsmiths such as John Prine.

“I spend a lot of time. I don’t just whip out songs. You’ve got to have really good words, and I’m proud of the lyrics I come up with,” he said. Other tunes strike painful chords, such as I Wish my Heartache had Wings. Saxby said it’s difficult to play that song without tearing up on stage. It was written about an ill-fated love.

“It was a struggle to get through,” he said. He had to relearn some of his own music to record the album too. While driving, he heard as old tune of his, Every Day, playing on CanoeFM. He liked its gentle reminder to seize the moment. “I realized it was my song, I had to go to the radio station and get a copy so I could learn it,” he said.

Saxby played music off the album at an intimate show inside the Rails End Gallery and Arts Centre in June.

He said he aims to connect with every audience he plays to. “I’ve played to two people in a bar. I love playing for those two people. Anyone who’s been to my shows knows I have an intimate relationship with the audience,” he said.

Saxby might still be in the “awkward fog”, but he’s finding it easier to write new songs these days. “I wasn’t inspired at all, and I didn’t write any songs during COVID-19. I’m rectifying that now.” Saxby is playing across Haliburton County this summer, recently rocking out at the Dominion Hotel and Pub Aug. 20.

Exhaling in an Awkward Fog is available on Bandcamp and on physical CDs.

Charles Pachter comes to Haliburton: from summer camp to the Corner...