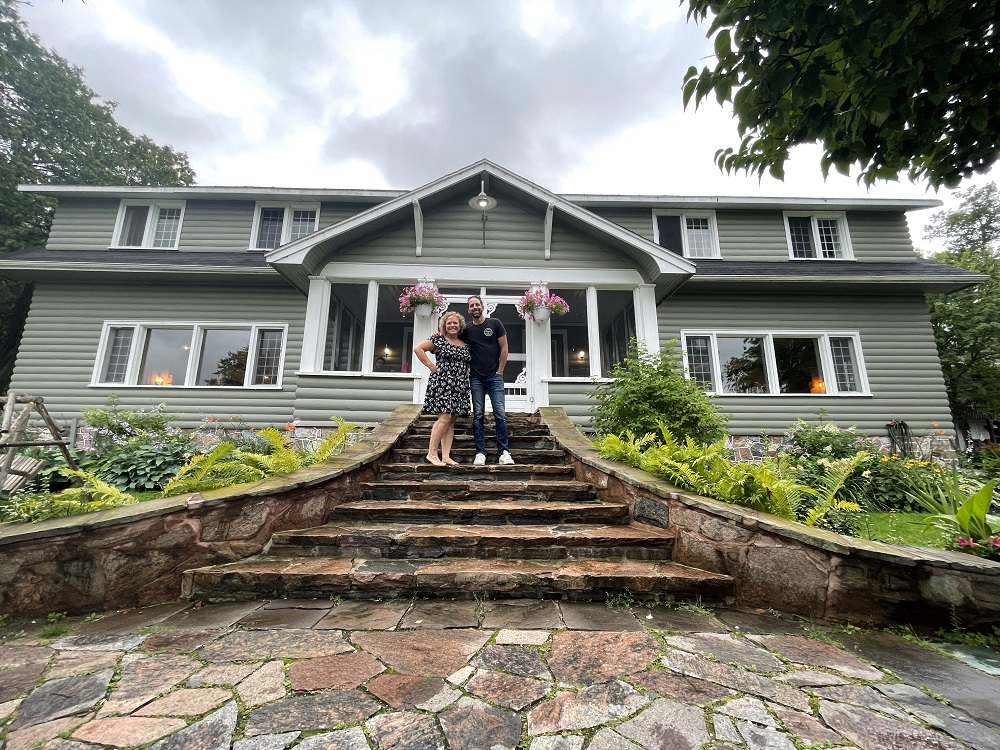 Andrea Hagarty has been working at Lake Kashagawigamog’s Bonnie View Inn for 30 years, owning it since 2005.

So, when her kids grew up and she decided to sell, she didn’t want it to go to just anyone.

“I wanted somebody who was going to run it and be awesome for the community,” Hagarty said.

Ryan Yates and his family fit the bill.

Becoming a partner at Bonnie View in 2020, Yates has gradually taken over operations, with Hagarty providing help along the way.

“I always say we will have Andrea around for as long as we can have Andrea around. There is no substitute for her knowledge and expertise when it comes to Bonnie View,” Yates, who previously lived in Oakville, said.

He was searching for a business to buy and had a connection to the Highlands after working near Carnarvon for multiple summers. He runs the inn along with his wife, brother, and other family members.

The Bonnie View was founded in 1924, and the Yates are the sixth owners. It’s hosted hundreds of weddings and parties and is a destination for vacationers and locals.

“It’s a lot of pressure,” Yates said. “Especially in the summer when you get all the locals out to the patio, coming in to stop in and say hi and hanging out in the lounge, you realize it would be a very sad day if Bonnie View wasn’t here,” he said.

Hagarty said it’s the people she loved most when owning and working at the resort, coming on staff for a summer at age 19. She said it’s been “bittersweet” to sell the inn.

“But, that’s the nice part about how this is going. I still get to be here,” she said.

Just like Hagarty, Yates has dived into the job. He spends all day, every day helping guests and ensuring smooth operation.

“I believe resorts in Ontario need to be hands-on to succeed,” Hagarty said. “Ryan is definitely a hands-on owner.” She said that lifestyle comes with challenges.

“When you live and work at your business, you can get lost,” she said.

The Bonnie View is set to temporarily close this winter, starting in November, so they can evaluate what’s working, and what’s not.

So far, the Bonnie View remains much the same as before, other than upgrades to the dining room and deck and a lobby renovated through an ACM Designs contest.

Hagarty said the people-first tradition will keep going as well.

“Ryan and his family treat the locals and guests the same as I would,” she said.