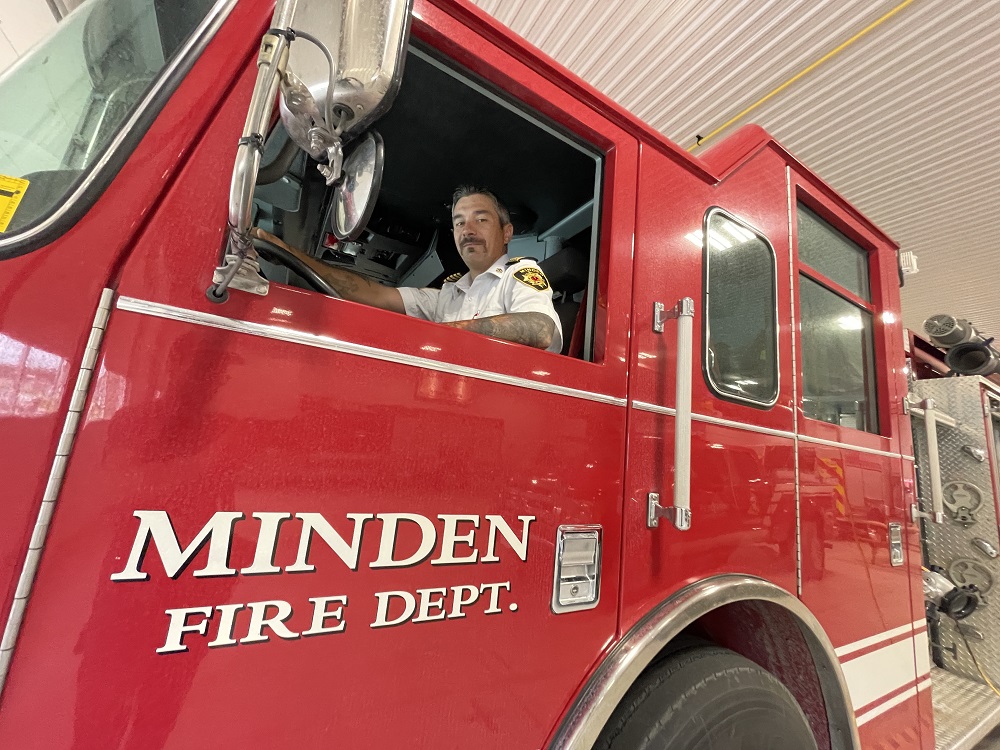 When Shain Duda was a kid, he knew he wanted to be a police officer or firefighter.

Both jobs, he said, were focused on helping people.

When he got older, he chose firefighting, and now more than two decades later, he’s reached a new career milestone, being appointed Minden Hills’ fire chief.

“I’m excited to be in this position,” he said. “I look forward to expanding my knowledge and seeing where my career can go.”

He has been working in Minden for eight years, including two years as deputy chief under Nelson Johnson, who is now fire chief in Yellowknife.

He said the best part of the role is the pride that comes with serving the community.

“It’s been nothing but positive feedback. Every time we go out and run a call or at public education, we get gratitude.

” Throughout his time in Minden so far, Duda said the opening of the township’s new fire hall was a turning point.

“It shows we want to take pride and honour in our community and fire department,” he said.

“Morale came back up, we had more applications from people wanting to be firefighters in Minden.”

Operating in a rural township comes with unique challenges, such as navigating the four seasons and large distances crews must travel to calls.

“We don’t have that full-time crew like the bigger cities. We’ve been able to handle and manage our volunteers and respond quickly to emergencies,” he said.

He noted one goal is increasing cooperation with other municipalities’ fire departments. The County’s fire chiefs meet monthly to discuss Haliburton County firefighting.

Duda said he tries to get out to chat with the public and educate them on fire safety.

“We’re here for the public. If you have any questions don’t hesitate to call,” he said.

The core of his role, Duda says, is helping people.

“Whatever the case may be, I’m there to help the public. That’s what I strive to do.”

The department is hosting a community open house Aug. 8 from 6-9 p.m. where residents can chat with firefighters, check out equipment and find out about becoming a volunteer firefighter.

For non-emergency inquiries, Minden Hills fire department can be reached at 705-286-1202.