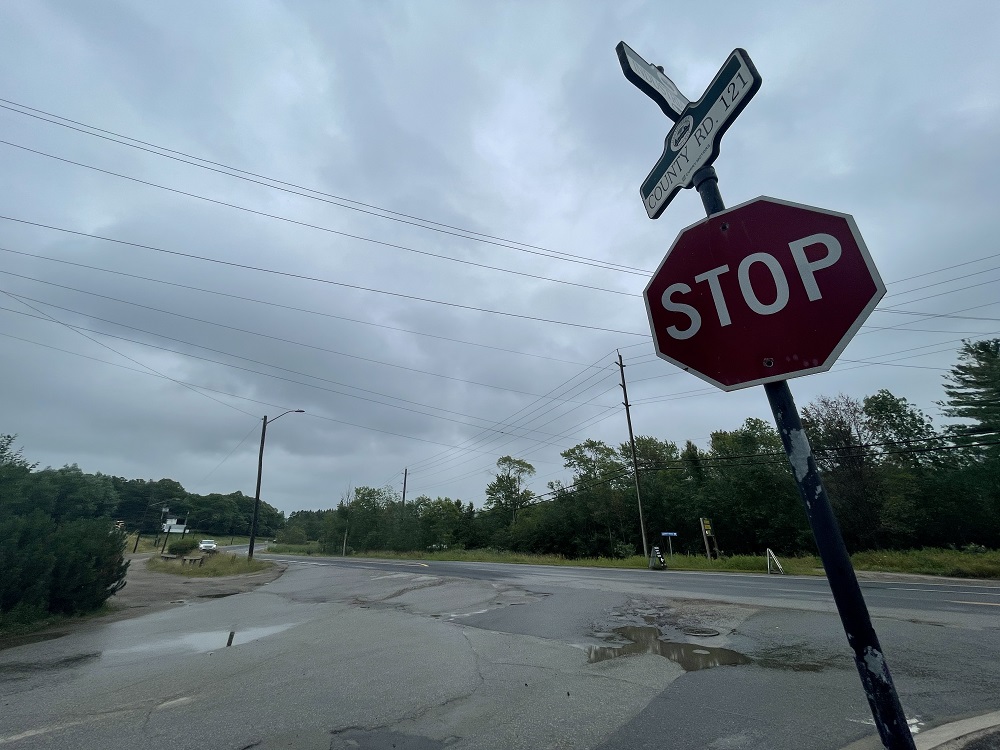 Traffic control signals could be constructed on County Road 21 at Industrial Park Road in Haliburton next year, director of public works, Robert Sutton, told councillors at their July 20 meeting.

By way of background, he reminded councillors that in the fall of 2020, in partnership with Dysart et al, an application to extend the multi-use pathway on County Road 21 was submitted under the Investing in Canada Infrastructure Program COVID-19 Resilience Infrastructure stream.

The project proposed to install a pedestrian crossover at the intersection and extend the existing pathway from Industrial Road, west along the north side of the road to the traffic signals at the Independent Grocer.

Sutton said as staff started planning, they were concerned about traffic volumes at the intersection. He added the original application and project scope was based on the 2017 County Road 21 corridor study completed by AECOM.

The study recommended a pathway and pedestrian crossover at Industrial Road.

But Sutton said due to the passage of time, impacts from COVID and increased development in the area, County and Dysart staff thought it would be a good idea to review the five-year-old study.

“AECOM completed the memo in December of 2021 and concluded and recommended that a full traffic control signal was now warranted at this intersection,” Sutton said.

The preliminary estimated cost is $350,000, with the County picking up the added costs.

“Once the senior levels of government approve the change in scope of the project, staff will develop and advertise a request for proposal to obtain a consultant to design the project this coming fall and winter as well as determine a more accurate estimated total cost of the project. Construction is projected to be substantially complete by the end of 2023,” Sutton said.

Dysart et al mayor Andrea Roberts commented, “It is an extremely busy intersection and will only get busier when the student residence is built and, potentially, a phase three of the industrial park.”

She added, “this is great for that area. It will also help calm traffic, I believe, because it’s very hard sometimes to even get a break in traffic. I know. It’s my neighbourhood and a very busy area, particularly in the summer.”

Kids ‘stick it to the man’ in rocking musical