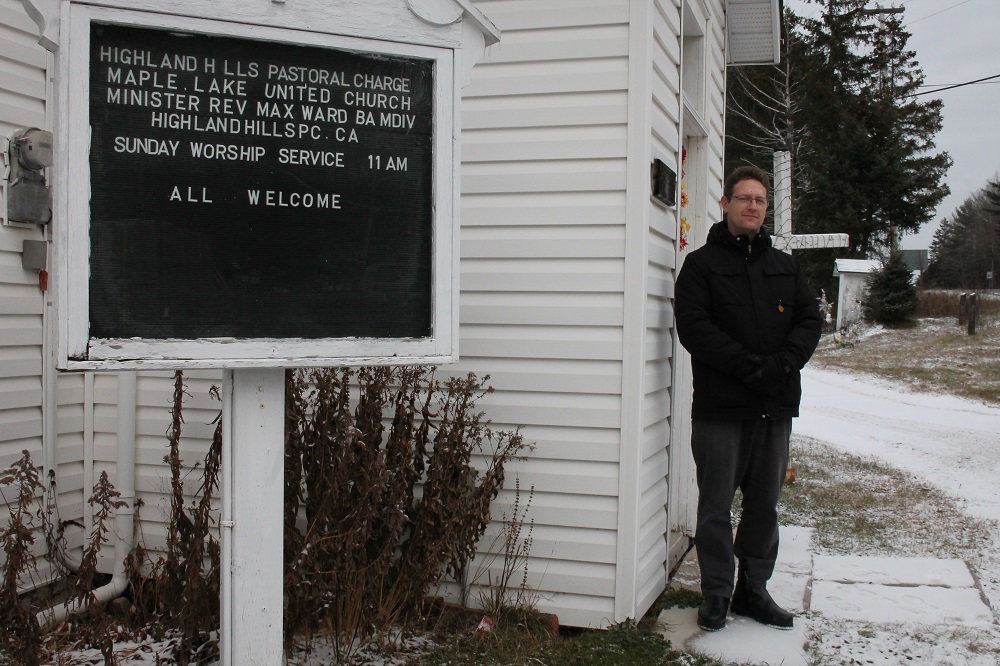 As I sat in Maple Lake United Church for the closing service July 17, I felt somewhat out of place.

Despite having been to numerous church dinners or bake sales, I had never sat in a pew in the 121-year-old little white church on the corner of Hwy. 118 and Stanhope Airport Road. However, as I looked at the congregation around me, I could empathize with the swirl of emotions they were feeling. Many had been baptized there, celebrated their communion, gone to Sunday school, services, watched loved ones buried, and been married.

Others were involved with the United Church Women, a force that had nurtured both bellies and brought the women laughter, discussion and friendship.

I could only imagine how organist of 60 years, Kathleen Owens, must have been feeling.

She’s been with the church for nearly half of its life. And I could sense the countless hours that men and women had put into keeping the little building maintained. While this was not my church, it was my lived experience.

It was on Sept. 28, 1986 that St. Michael’s Church in my hometown of Creighton Mine, near Sudbury, was shuttered for the last time. Liturgical ceremonies were held over three days. Four priests and Sisters from the parish were there.

The choirs even learned new hymns for a series of special masses. The local Knights of Columbus, of which my dad was one, wore full regalia. That Sunday after service the church was literally emptied.

The large statues were laboriously carried down the steps to waiting trucks. From there, they were slowly transported to the nearest Catholic Church, about two miles away, where they were carefully unloaded and carried into that church. It was a sad but memorable procession going down the highway.

The church’s bell was also transported to the new church. St. Michael’s had stood for 70 years. The parishioners of Maple Lake United honoured the symbols of their faith worship and many spoke of fond memories.

The two little girls who sat in the back pew and held hands and giggled before their moms shot them that stare that only mothers can. Sunday schools that required two leaders, one for the older kids and one for the younger ones. So many funerals. So many weddings. If only the walls could talk.

But they sort of did on Sunday. After years of dwindling attendance and COVID-19, they surely breathed deeply to hold a full congregation and to hear song.

The National Trust for Canada estimated in 2019 that a third of Canada’s Christian architecture – some 9,000 churches – will close in the next 10 years. At the time, there were approximately 27,000 places of worship across the country with one third destined to be sold, demolished or abandoned over the decade.

In places such as the Diocese of Toronto, it’s not all bad news. Thanks to a large immigrant population engaged in their faith locally, they have actually built nearly a church a year since the turn of the century.

That isn’t the story in rural and small-town Ontario. Some of the challenges include a declining number of parishioners, or their ability to pay for the repairs and maintenance an old church requires.

There’s also a dwindling number of priests. It has become impossible to maintain the number of churches designed for a different era. We hope the little white church on the corner finds a new incarnation that can still bring community together. We hope those who attended Sunday still strive to find community, whether at Highlands Hills United Church in Minden or elsewhere.

Time for an update

Covering COVID from the garage