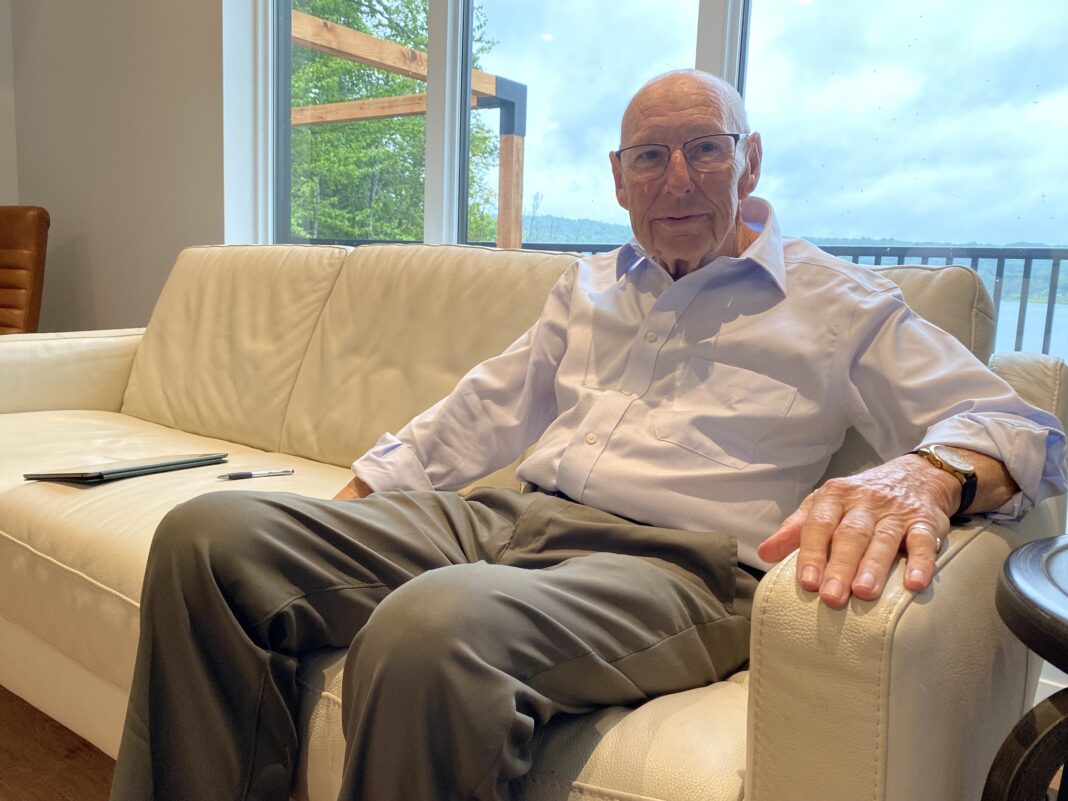 Murray Fearrey believes he has unfinished business in Haliburton County.

One of the most experienced municipal politicians in the country, having spent almost 40 years as mayor of Dysart from the late 1970s to 2018, Fearrey has decided to run for office once again this fall.

Seeking a return to the mayor’s chair, he officially submitted his papers July 12.

After losing out to Andrea Roberts four years ago, Fearrey said he thought his time serving the community had come to an end.

However, after watching some of Dysart’s biggest issues worsen over the past term, and noticing that several veteran politicians across the County, including Roberts, have announced they aren’t seeking re-election, Fearrey said he felt a responsibility to step forward.

“I’m not doing this for me, I can tell you that. I’m doing this for Dysart et al and for Haliburton County,” Fearrey told The Highlander. “I feel there’s a real need for leadership.”

Fearrey believes the Highlands community has stalled during the COVID-19 pandemic. He said this next term will be pivotal in helping to shape the future of Haliburton County.

“The shoreline preservation bylaw, the short-term rental issue… These are big things with big implications for the future,” Fearrey said.

“I think the shoreline issue could have been handled better. If we’re going to have a bylaw, I think it needs to be simple and it needs to be enforceable.” He also wants to see the County adopt a business-like approach to short-term rentals.

“A lot of people are buying properties now for investments. They’re renting them out 52 weeks of the year if they can, so it’s basically a business,” Fearrey said. “It’s not rocket science. Make it so that you need a license to run an Airbnb, and if anyone goes against the license, or operates without one, make the fines substantial enough that they take notice.”

His number one priority, though, will be bolstering healthcare services in Dysart.

He believes the townships need to do a better job of making Haliburton County an attractive proposition for doctors, nurses and PSWs.

“We’re in a dogfight for these professionals. We need to find innovative ways to bring these people to our community. Whether it’s supplying them with some kind of housing, I don’t know the answer, but it’s something I will certainly focus on,” he said.

The community, he believes, is going to have to get used to the idea of new development. Housing projects proposed for Wallings Road and Grass Lake have been criticized by some residents, but Fearrey believes if any build is deemed to be suitable by town staff and meets municipal requirements, it should be approved.

“Every time we get a housing development, there are always people that don’t want it. Well, sorry, but we have to have it. It’s essential to life here in Haliburton,” Fearrey said.

He also wants to create a new 30-year long-term plan for downtown Haliburton. “Our community is not the most attractive town right now. There’s three or four vacancies on the main street. I don’t think there’s any long-range thinking about where we should be,” Fearrey said. “When we needed new long-term care, I worked with three or four others in the community to bring the Gardens [of Haliburton] to town. I think there are ways we can refresh downtown and make it more desirable.

“We don’t have a decent ball diamond. There are no soccer fields. We are in need of recreation facilities,” Fearrey said.

“There’s a lot of work to be done. I won’t be around forever, but if I can get the work started, and work with a team that can take these ideas forward, that’s what I want to do.”