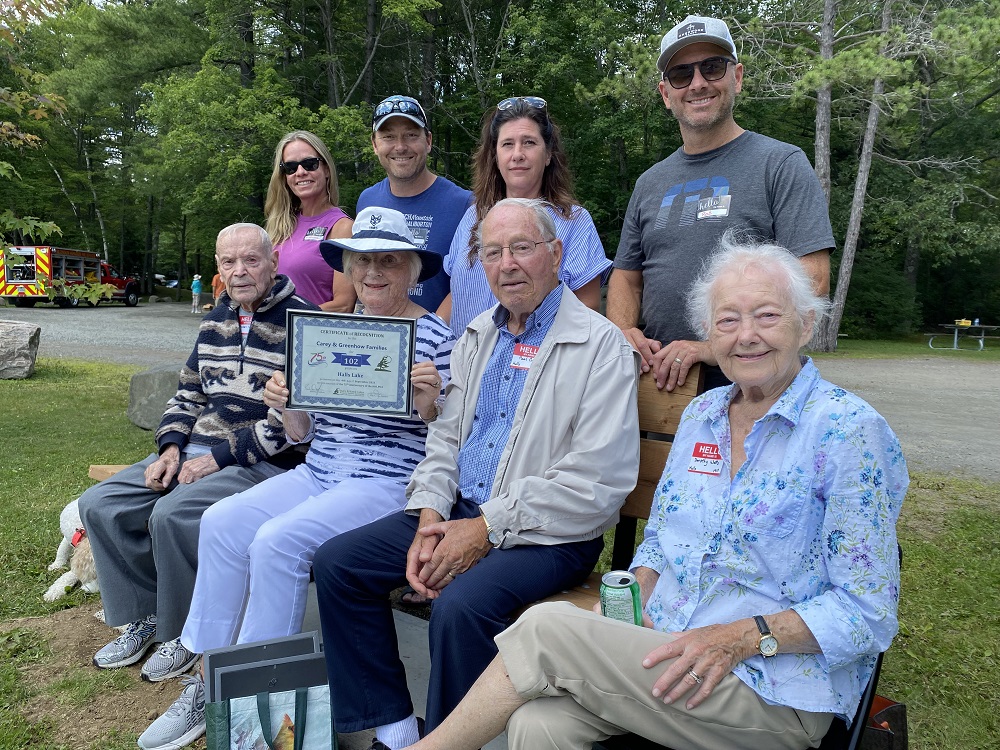 Elvin Johnson Park was a hive of activity this past weekend as the Halls & Hawk Lakes Property Owners Association (HHLPOA) marked its diamond anniversary with a community celebration more than 12 months in the making.

Hundreds of cottagers and permanent residents pitched up along the shore of Halls Lake July 16, enjoying the festivities put on by the association. There were games and birdhouse painting for children, while adults enjoyed music provided by Nick and Benton, and catching up with friends and neighbours.

It was an emotional day for some, noted HHLPOA president Peter Dadzis.

“This was our first real community event in three years, our first time seeing familiar faces in a long, long time,” Dadzis said.

“There were lots of smiles, but there were some tears too as people reunited… It’s been a very special day for our community.”

Since its launch in 1946, the HHLPOA has been responsible for the protection and stewardship of Halls Lake, Little Hawk Lake, Big Hawk Lake and the Kennisis River. Today, the association boasts more than 200 members.

Among them are the Greenhow family. Patriarch Abiathar Carey is the first known cottager to frequent Halls Lake, having built a cabin on the water in 1919.

Ninety-one-year-old Dorothy Watts still spends time at the place, albeit updated, her grandfather built all those years ago. She and her sister, Trish Greenhow, are two of seven siblings to have spent almost their entire life cottaging in Algonquin Highlands.

The family is now fifth generation at the lake. Rob Greenhow and his wife Angela, who live in Colorado, make a point to visit Halls Lake every summer. The couple’s two children, Ella and Adam, are regular visitors of nearby Camp Kandalore.

“This is a special place for our family. Most of us grew up on Halls Lake during the summer,” Greenhow said. “Now we’re introducing the next generation and hoping they’ll carry the torch forward.”

Joan O’Halloran and her late husband, Jim, bought their property on Big Hawk Lake in 1953. She has spent nearly every summer since visiting the area.

“We had to come in by boat for a lot of years… The road only extended out to our property in 2010,” Joan said. Her son, Regan, and his wife, Carol Foderick, took ownership of the one room cabin in 2013. They recently completed construction of a brand-new cottage, and spend seven or eight weeks of the year there with children, Katie and Ben.

“I remember back when I was a kid, we’d get in a boat and head out with a quarter in our back pockets, wondering what the day ahead would bring. Those were some of the best days of my life. I had so many amazing times finding fun places on the lake,” Regan said. “Those are the sort of experiences I’m hoping my kids will make coming up here.”

The Greenhow, O’Halloran and dozens of other families’ history on Halls and Hawk lakes are outlined in the recently published Lure of the Lakes. Written by cottager Joan Hamilton, the book captures the HHLPOA’s 75 years, and shares stories of some of the area’s earliest settlers.

“This book ensures that the history of this lake and the people that make up our community will be remembered forever,” Dodzis said. “We owe an awful lot to the people that came before us and helped to settle this community.”

How Head Lake was saved from a “feces apocalypse”