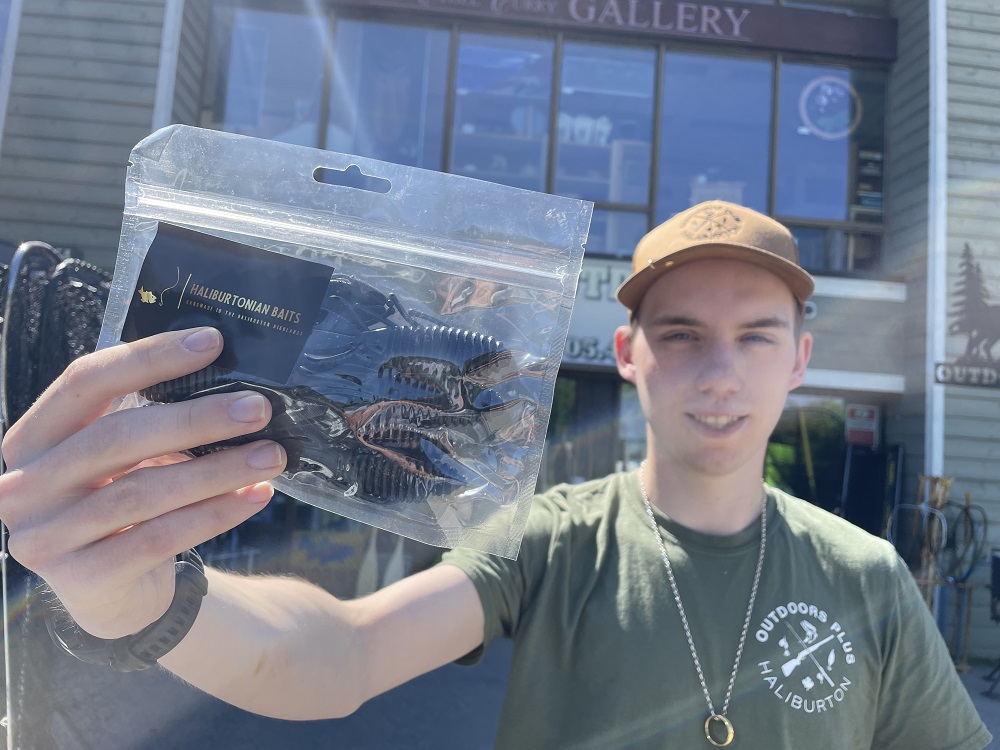 For Colt Taylor, reeling in a fish on a bait he made himself was a special feeling.

“I tied it on and I was catching stuff for two hours straight,” he said. “I couldn’t wipe the smile off my face.”

Less than a year later, he’s making a splash with Haliburtonian Baits and quickly selling fish baits to anglers across the Highlands.

“It started out as a hobby, I saw a couple of YouTube videos and bought a couple of starter kits,” he said.

After making a few to give away in a Bass competition, he began selling to family and friends. Demand started to grow.

He now sells his baits at Outdoors Plus where he also works, and fulfills custom orders through his Facebook page.

“It’s been going pretty good since then,” he said.

He acquired a loan from the Haliburton County Development Corporation to fund new moulds and supplies.

He mixes plastisol with different dies and injects it into custom moulds. Once it cools, each bait has to cure for 24 hours.

He makes different baits for Bass, Muskie, Walleye, Pike, Trout, Crappie, and ones geared towards ice fishing or summer fishing, with dozens of colours, shapes and sizes available.

He said small-batch baits are made with care.

“The baits I make, people find they work good and they’re more durable than some of the bigger brands in the market,” he said.

“When you’re making homemade stuff, I think it’s a better-quality product. I think when it’s locally-made, it’s going to be better.”

Taylor’s baits can also be recycled. He plans to sell used baits at a lower cost or melt them down to create new ones.

He said he fishes Lake Kashagawigamog most often, but has experience in all seasons around the Highlands.

His company is named with his grandfather in mind, who called himself a “Haliburtonian” and introduced Taylor to the fishing lifestyle.