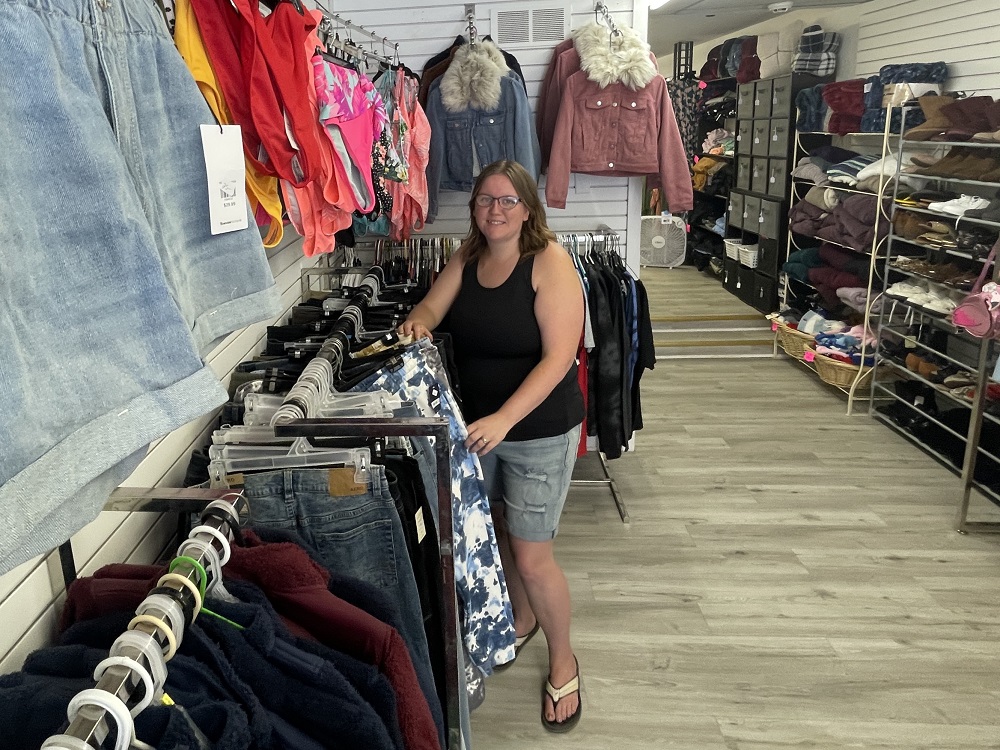 Nicky Robichaud started selling liquidated clothing from her home during COVID19 shutdowns, with the goal of providing affordable clothing to families.

“My goal was to be affordable for our town. We have a lot of low-income families and single people in Haliburton, that’s why I did it,” she said.

She originally started a Facebook group where she would sell the same goods. She quickly developed a following of more than 1,000 people.

“Then the opportunity to get a storefront came up and I took it,” Robichaud said.

She sells clothing, shoes, home appliances, housewares and accessories such as purses. There’s a large children’s section, too.

“I’ve got stuff for everybody, and right up to plus sizes, which are a struggle to find in this town,” she said.

Robichaud collects shipments from stores across Ontario such as Aeropostle, Wal-Mart or Blue Notes as they switch inventory for different seasons.

“I never know what I’m getting,” she said. “It’s always a surprise.”

Many of Robichaud’s original customers, who were part of her Haliburton Highlands Liquidation Facebook group, still come in regularly, she said.

“There’s a variety, and people buy it, it doesn’t matter what season,” she said.

Before she opened, Robichaud and her partner spent five weeks renovating the store, adding new flooring, a ceiling and a change room, as well as racks and shelving.

She said the hard work has “absolutely” been worth it, and it was rewarding to hear from customers excited about finding deals.

“It was great, my first weekend was busy and it has been steady since.” The store is at 165 Highland St.