Home General News Long-time HE councillor calls it a day 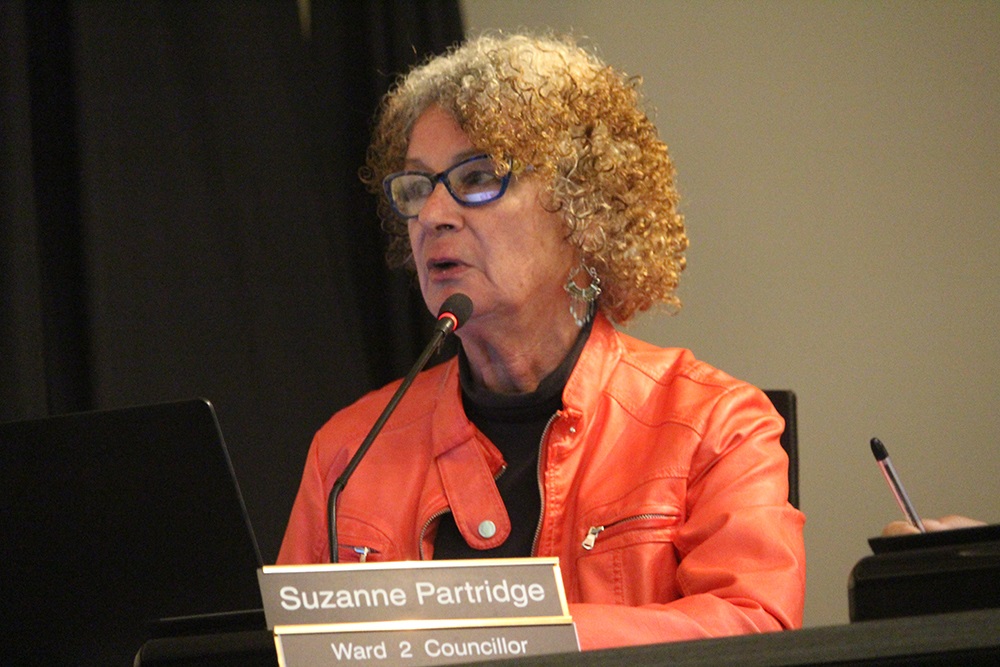 Without a friend’s nudge, Highlands East Coun. Suzanne Partridge might not have been through two amalgamations, served as County Warden or developed broad community connections during her 25 years as a municipal politician.

The seasoned councillor has announced she will not seek re-election this fall. She said she wants to make time for travel and other activities.

She added that she has “lost some enthusiasm, I think the people in the community deserve someone who can give it their all.”

Partridge said one of the biggest moments in her career was serving as the reeve of Cardiff Township while Highlands East was amalgamating.

“There was a lot of push back from the communities: it was generally not wanted,” she said.

She said the communities of Highlands East took years to ease into being part of the larger entity.

“Just in the past five years, there has been a more cohesive municipality, not just protecting the interests of each little community,” she said.

“I feel as if people should be speaking. How can people make their voices heard if they don’t tell politicians how they feel?”

She advises incoming councillors to not take criticism or impassioned emails to heart.

“That’s just part of the whole package of being on council.”

She also served as Haliburton County warden in 2018.

“That was a really good experience for me. It was very educational to get together with wardens from other areas of eastern Ontario.”

She said there weren’t too many contentious issues that year, however that was the time shoreline protection became a large focus.

She said protecting Haliburton’s shorelines is one of the County’s biggest challenges.

“We have to protect our lakes and watercourses and otherwise we won’t have any economy. If the lakes aren’t healthy, no one will come. We have a good opportunity to do that before we have a lot of degradation,” she said.

She said she supports County council passing the bylaw as it is currently stated.

Partridge said she hopes new councillors will continue advocating for environmental issues which have been her passion. Partridge also worked in the environmental and landscaping fields, until recently owning a landscaping company in Highlands East.

She is also chair of the township’s environment committee.

“It’s a great group of people. So many good ideas come forward, we’ve really gelled as a group.”

She encouraged those passionate about the area to put their name forward for Highlands East council, and added that she’ll miss attending council meetings.

“The best part is when you can accomplish something you know is good for the community. Part of the job is being part of the community, you become more involved in it along the way,” she said.

Sweetening the pot for affordable housing