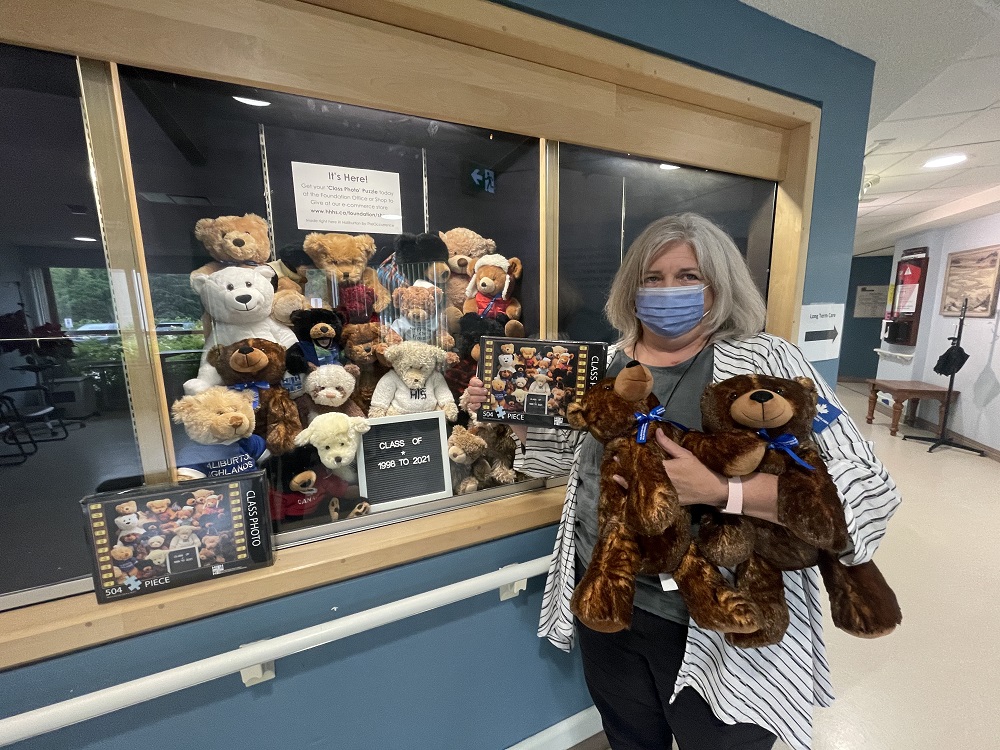 Haliburton Highlands Health Services Foundation (HHHSF) is hosting something of a family reunion this summer, and the community has been invited to join in the festivities.

The organization kicked off its annual fundraising campaign in style last month with a unique celebration honouring what executive director Lisa Tompkins is referring to as the hospital’s graduating class of 1998- 2021.

Smaller, softer and more cuddlier than the real-life graduates that recently crossed the stage in Haliburton County, this occasion revolves around the Foundation’s ‘Family of Bears’. For the past 25 years HHHSF has held a stuffed animal program, with a new bear released annually over the holidays and sold to the public. The initiative has raised more than $150,000, with all proceeds contributing to the purchase of priority capital equipment at the Haliburton and Minden hospitals.

“Over the past couple of years, with COVID, I think the art of jigsaw puzzle solving has regained a lot of popularity… We had a few people suggest to us that we should do something special to commemorate our bears,” Tompkins said. “We thought this would be a nice chance to gather them all together for a class photo and put something out there so that people could enjoy them in a different way.”

Tompkins said the Foundation will continue its stuffed animal program, with a new bear to be released later this year.

“It’s been a great program for us, very, very successful. People are very fond of our bears, I think there’s a lot of sentimental value there,” she said. “We have some collectors who come back every year to add another bear to their collection.”

There are a few notable absentees, Tompkins said. Between 2013 and 2017, the organization pivoted from selling stuffed bears to other creatures, including Mumford the Moose, Freckles the Fox and Ringo the Raccoon. That group will be getting a puzzle of their own later this year, Tompkins confirmed.

Funds generated through this campaign will help the Foundation conclude its nurse call bell system replacement program – a more than $400,000 commitment – and purchase several new IV pumps. Money will also be set aside to support the hospital’s community support services, such as the hospice and palliative care programs, Meals on Wheels, and hospital transportation initiative.

Students get a taste of the trades at career day