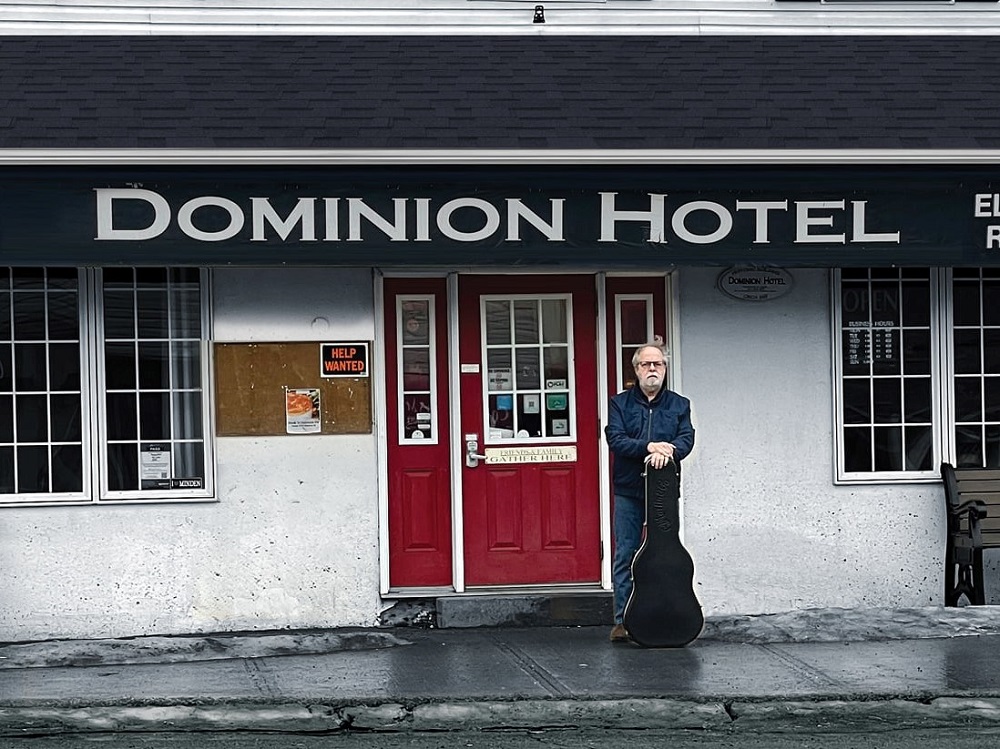 “Exquisite.” That’s how Jim Love said it felt to shoulder his acoustic guitar once more and strum songs from his latest album, Last Man Standing, to a live crowd at the Dominion Hotel June 4.

“To see the impact your songs have on the audience, it’s the greatest thing,” he said.

The album, released in April, was brought to life with help from well-known friends in the songwriting community, such as Katherine Wheatley.

“People were very, very generous with their time,”

Love said. Love’s songs take the listener to smokey bars, moonlit streets and into the psyche of lovesick wanderers.

“I think they’re vignettes from people’s lives,” Love said. “If there’s anything that is expressed in my music, it’s that longing for relief, that feeling of letting go.”

In the title track, Love sings about an aging crooner, watching the world he once knew slip through his fingers as musical greats fade away. All that’s left are memories as he sits alone at the bar.

That song started with a friend telling him he felt like the last man standing. Love found the line captivating. “This generation will fade, but the music will live on,” he said.

Like many of his songs, he then sat down and got to work. “You work at a song and you have to bring it to life,” he said.

James Taylor, Bob Dylan, John Prine; Love absorbed the storytelling skills of these musical greats as a young adult. Their influence echoes throughout his work, weaving a plucky guitar, wistful backup vocals and even an accordion with lyrics he’ll meticulously work over until they feel right.

On this album, crafted in the depths of COVID-19, Love worked remotely with musicians such as Wheatley. He said that made for a strange experience.

“I saw more of the band in our first album because there was no COVID,” he said. Despite working apart, he’s received accolades from friends in music around the country on his latest set of tunes. “It really hits home, when great musicians send you a note and say ‘this is brilliant.’”

You can listen to Last Man Standing online at music.jimlove.com/album/last-manstanding.

Story of Pinch a real gem for Bainbridge