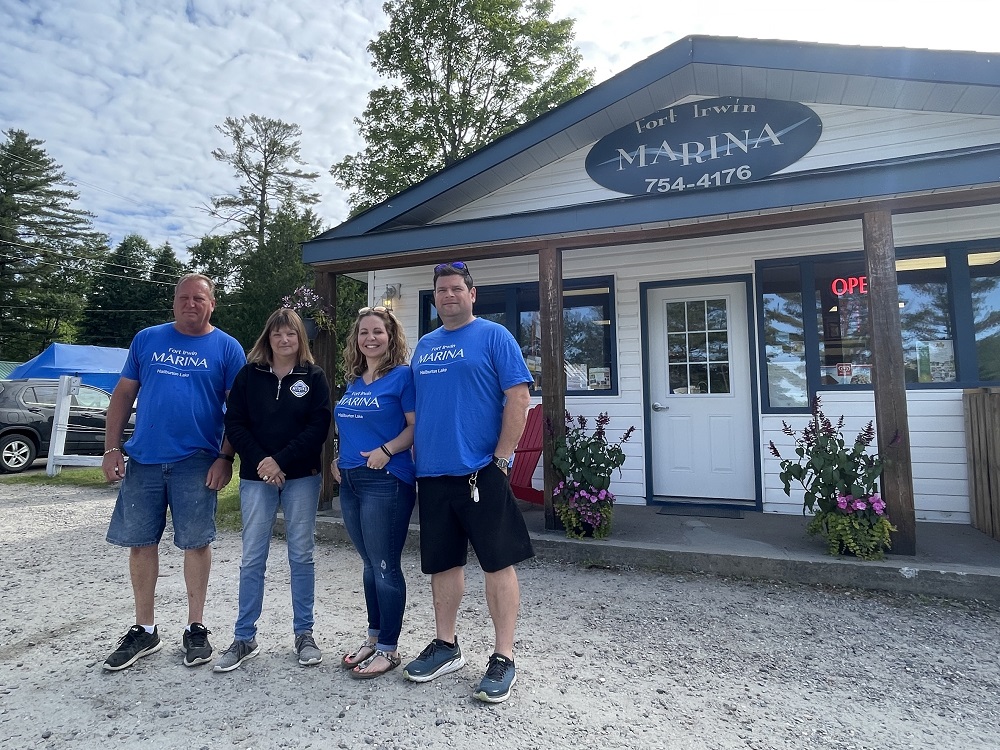 Fort Irwin Marina’s new owners said they already understand why the community is a special place.

“Everyone has welcomed us with open arms,” said Michelle Mihalic. She and partner John Mihalic, along with kids Jackson and Taya, have assumed ownership of the marina and recently made the Highlands their permanent home.

“We wanted to be able to raise our kids up here in this beautiful environment,” said Michelle.

Former owners Brad and Maria Willing have been helping the family settle in and learn the ropes of operating the marina and store.

“We’re really grateful for everything that Brad and Maria have done,” John said.

Since the Willings bought the marina nearly 20 years ago, they’ve grown to value the communities which surround the nearby lakes, getting to know seasonal and year-round residents who stop in for gas, snacks, alcohol or boat services.

“I think the lake has always been very tight knit, when we immersed ourselves in it, it slowly became part of our family,” Maria said.

John and Michelle said they’ve been adding services to the marina such as a Wifi hotspot and gourmet frozen food, but are eager to continue traditions at a place where many customers are known by name.

“We understand the importance of the place not only to ourselves and [the Willings] but also to the community,” John said. “We want to preserve that legacy moving forward.”

The Willings will stay in Fort Irwin. “We moved here from Whitby, but we would both say now that Fort Irwin is home to us,” Maria said. She said they’d like to thank everyone who came into the store throughout the past decades and first welcomed them into the community.

“We’ve had so many special moments,” she said.