It’s already been a busy summer for Haliburton County Huskies head coach and general manager Ryan Ramsay, forced into a full-scale rebuild as the organization prepares for its second OJHL season in the Highlands.

It will be a new-look roster when the Dogs take to the ice for training camp in the fall, with almost half of the team’s inaugural roster moving on.

While fans were able to prepare for the departures of captain Nathan Porter, top scorer Oliver Tarr, winger Payton Schaly and netminder Christian Cicigoi as they aged-out of junior hockey, a further seven players will not be returning.

“This is the nature of junior hockey… If you’re making a run, have a number of 20-year-olds on your roster, then at the end of the season you know you could be losing a lot of guys,” Ramsay said.

Last season’s Huskies defied expectations. They finished third in the league’s competitive East Division, just behind powerhouse outfits Trenton Golden Hawks and Wellington Dukes. The Huskies dispatched the Golden Hawks in the first round of playoffs, before losing to the Cobourg Cougars in the second round. They finished the year with a regular season record of 33-16-4, and one tie.

Ramsay said he’s expecting his team to be competitive. Returning forwards Christian Stevens, Patrick Saini and Lucas Stevenson will have big roles to play, while Ramsay is projecting a breakout year for defenceman Isaac Sooklal, who missed the bulk of last season through injury.

Other known returning players include Sam Solarino, Cameron Kosurko, Jack Staniland and Will Gourgouvelis. Goalie Christian Linton will also be back.

Ramsay said he’s made seven additions to the roster already, with six rookies having signed and the team trading for forward Alex Cunningham. The 19-year-old winger played 46 games in the OJHL last season, between the Pickering Panthers and Brantford 99ers. He had eight goals and 21 assists.

The team will be holding fitness testing at S.G. Nesbitt Memorial Arena July 9 at 10 a.m., before a private signing party where Ramsay will announce his captains for the upcoming season. Training camp is expected to begin in mid-August.

Ramsay said the team is recruiting new billet families for the upcoming season. With six households already signed up, the team needs a few more to ensure players have a place to live once they arrive in the Highlands later this summer.

“We lost five beds from last season and so far, don’t have anyone new. We’ve really been struggling on the billet front since coming here,” Ramsay said.

To be eligible, you must live within a 30-minute commute of the Minden arena, and be able to provide a bedroom and meals for a player. Driving to and from the arena is the responsibility of the player/team. Billets will be paid a monthly stipend, and will receive Huskies’ season tickets. 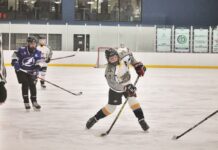 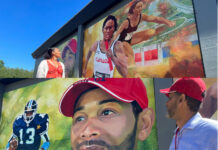 Stevenson has eyes on Div 1 scholarship