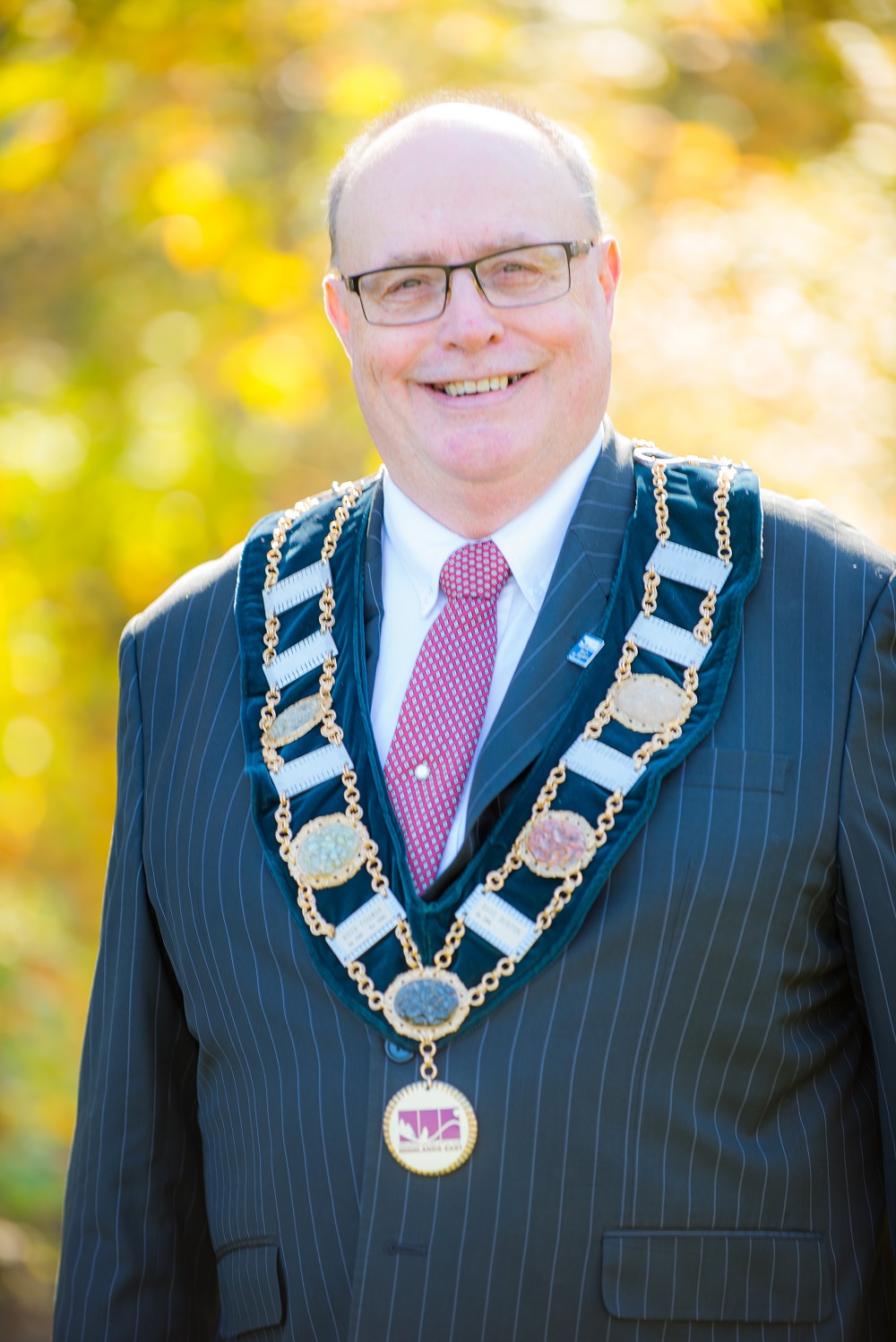 Burton made it official May 26. Algonquin Highlands mayor Carol Moffatt, Dysart et al mayor Andrea Roberts and Minden Hills mayor Brent Devolin have all announced they are stepping away from public office.

Burton said he put a lot of thought into the decision, consulted with his family, and talked to ratepayers.

“My health is good so I decided that I would seek another term,” he said.

Burton is finishing his fourth term, or 16 years with the township. If elected and serving to 2026, it will be 20 years of public service.

Burton said the changeover at County council, since Dysart deputy mayor Pat Kennedy is also not running, factored into his thinking.

“We need the continuity there. We need the experience there,” he said.

Burton is now deputy warden and is also on the board of the Ontario Good Roads Association. In the past, he has been a warden, and served on the Ontario Eastern Regional Network and Eastern Ontario Wardens’ Caucus boards. Burton added he had established relationships with members of other levels of government and believes he is a proven leader.

Burton noted he served for six years on another council before Highlands East and County Council.

“It’s been a lot of my life and it’s been dedicated to municipal service and working with the people and enjoying what I do,” he said.

Burton said another reason he decided to run is he feels COVID “cheated” Highlands East out of some projects and opportunities “and I want to see some of this stuff come to fruition that is sitting out there possibly half done because of our setback we had.”

He is looking forward to being part of the recovery, now that the worst of COVID is behind the township, “and moving forward in a gentle, creative manner.”

For example, he would like to see the new Herlihey Park completed and better and quicker high-speed internet.

He said the lower-tier council has shown it thinks Centre Lake is a gem in voting against the province selling the Crown land reserve around the lake for private development.

At the County level, he said he honestly does not know where councillors are going to land with the shoreline preservation bylaw. He said a decision on short-term rentals is looming. As for amalgamation, “it’s going to take somebody pretty strong to convince me that amalgamation is suitable for Haliburton County.”

Burton said he is excited about running again.

“I’m revved up to go and looking forward to it