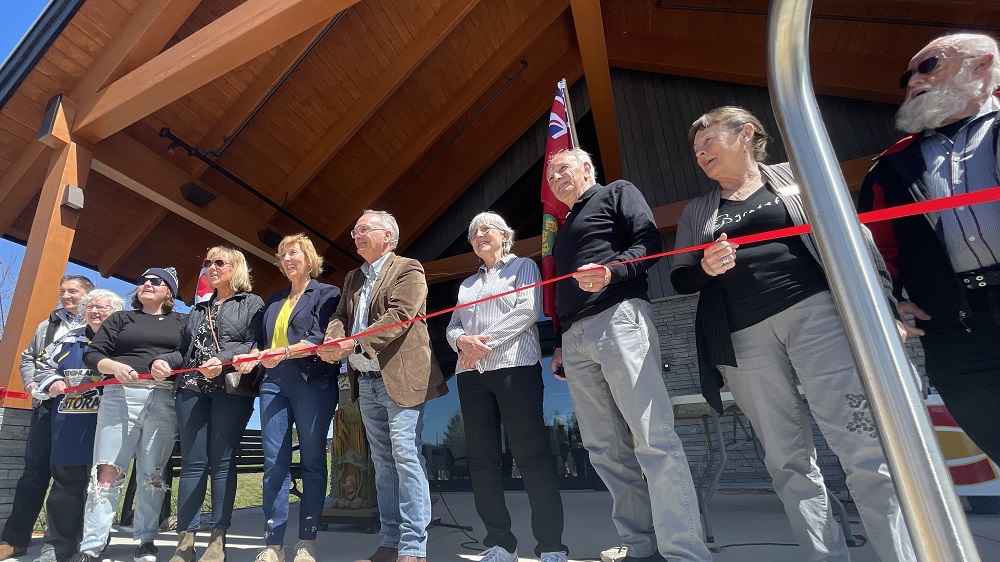 With a snip of his scissors, Mayor Brent Devolin officially welcomed the Highlands to the S.G. Nesbitt Memorial Arena.

Devolin, councillors and government representatives were on hand May 7 for the arena’s grand opening, cutting the red ribbon two years after the project was finished.

COVID-19 restrictions kept the arena closed for months. The township decided to hold off on a formal celebration until capacity limits were lifted.

“I didn’t want to do this without all of you here,”

Devolin told the crowd outside the arena.

Devolin thanked the Rotary Club of Minden and others who volunteered to deliver vaccines at the arena before it was open to the public. He also handed out mementos to community members who played key roles in the refurbishment.

“Facilities like this don’t get built without help from a lot of people,” he said.

MP Jamie Schmale said, “there has been a lot of challenges … the community and council and staff had to push through, and they did a fantastic job. I think the whole community can appreciate what this arena does for the present and also for the future.”

MPP Laurie Scott said she was happy to have a chance to celebrate the community hub, adding that the Haliburton County Huskies have been a highlight of its early history.

Rotarians served hotdogs and hamburgers while staff hosted a free-throw contest, the gym echoed with the sound of pickleball and the Minden Skating Club showcased ice dancing routines.

The Highland Storm hosted a boisterous scrimmage before the Huskies took to the ice with community members.