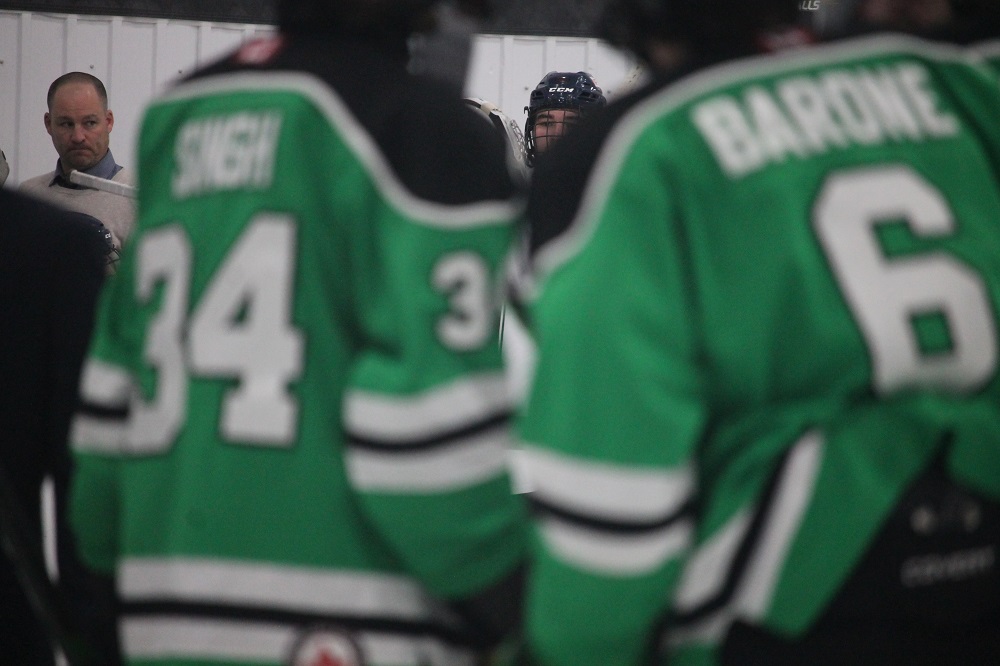 Although the locker room has been cleared out and the end-of-year executive meetings held, the Haliburton County Huskies are already turning their heads to the upcoming 2022-2023 Ontario Junior Hockey League season.

General manager and coach Ryan Ramsay reflected on 2021-2022 shortly after the Cobourg Cougars ended the Dogs’ inaugural run in the County April 20.

“It was a good group. We were together every single day. You never really find that in Junior A hockey,” he said.

Ramsay commented on the atmosphere, not just in the rink, but around the Highlands.

“I think it is something special. For the little kids to have role models to look up to. And those guys did an excellent job when they were in the community and representing the Huskies. They’re just fine young men.”

The Dogs will hold a rookie camp in late May in Toronto. They will likely sign some players from that and invite others to training camp in late August. June 1 is also free agency day in which there are player moves.

“So, obviously we’re looking to get better,” Ramsay said.

That said, he had no complaints about this year. The Huskies had a record of 33 wins, 16 losses, one tie and four overtime losses in 54 games to finish third in the tough East division with 71 points. They beat the Trenton Golden Hawks in the first round of the playoffs.

“If you look at the whole season as a big picture, we couldn’t have asked for it to go better other than a fairytale ending of a championship,” Ramsay said.

“Right from day one, people were buying our merchandise at the Foodlands, season ticket holders to sponsorships that went way above and beyond what we expected.” He said the fan support, amid a COVID-restricted hockey season, stood out.

“The fans were just nothing short of amazing. They came every game. It was the same people, some getting there two hours before the game because that was their lucky seat … doing their thing just to support us.

“We went on the road for the playoffs and there were a couple of hundred fans.” The Huskies regularly sold out with about 450 spectators. “No one else has that,” Ramsay said.

“Everything was great. Obviously from the GM side, we’re just trying to build another team, to get going and further what we did this year.”