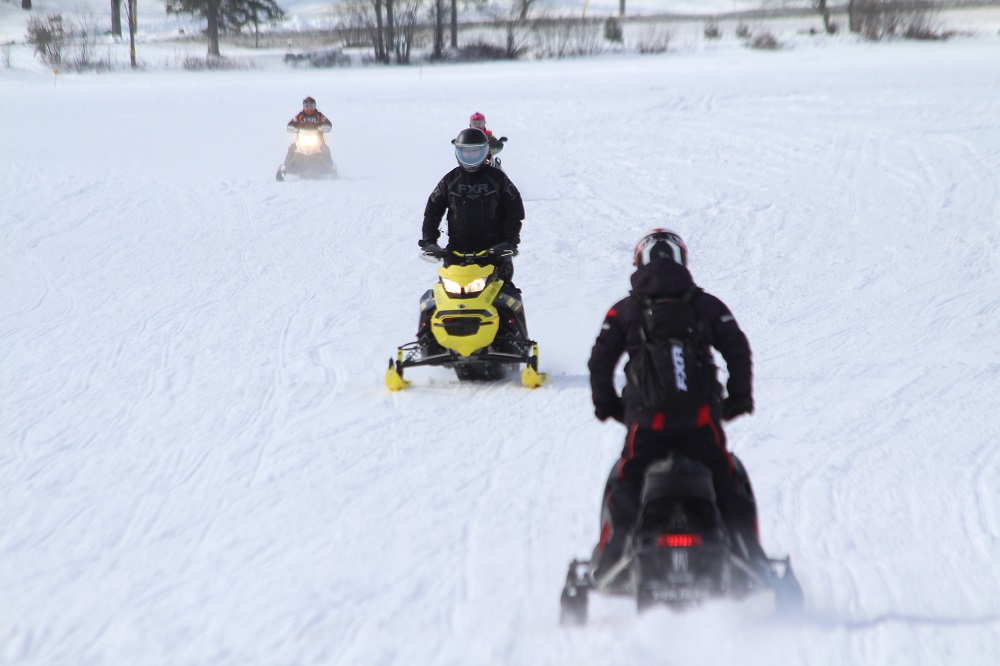 “Every time we’d get a trail base set up, we’d get set back,” he said.

However, at many points throughout the season, such as the last week of February, the trail network saw crisp conditions for snowmobiling under blue skies.

The HCSA employs grooming staff each year but this season the association struggled to fill the roster.

“I’m so proud of the team for what they delivered with not too much snow and the shortage of people we had,” Enright said.

Haliburton’s popular trail network, which helped distinguish the club as Ontario’s snowmobile club of the year in 2021, is also maintained by dedicated volunteers.

“Volunteers are the lifeblood of snowmobiling in Ontario, not just Haliburton County,” Enright said. He added that they’ve seen an increase in volunteers throughout the past two years.

“We’ve worked really hard at growing our volunteer base through our online volunteer registry,” he said.

Enright added that landowners are the “real heroes” of snowmobiling in the Highlands. Without access to trails over private land, the club wouldn’t have a trail network, he said.