Home Business Entrepreneurs want to bring the fun to town 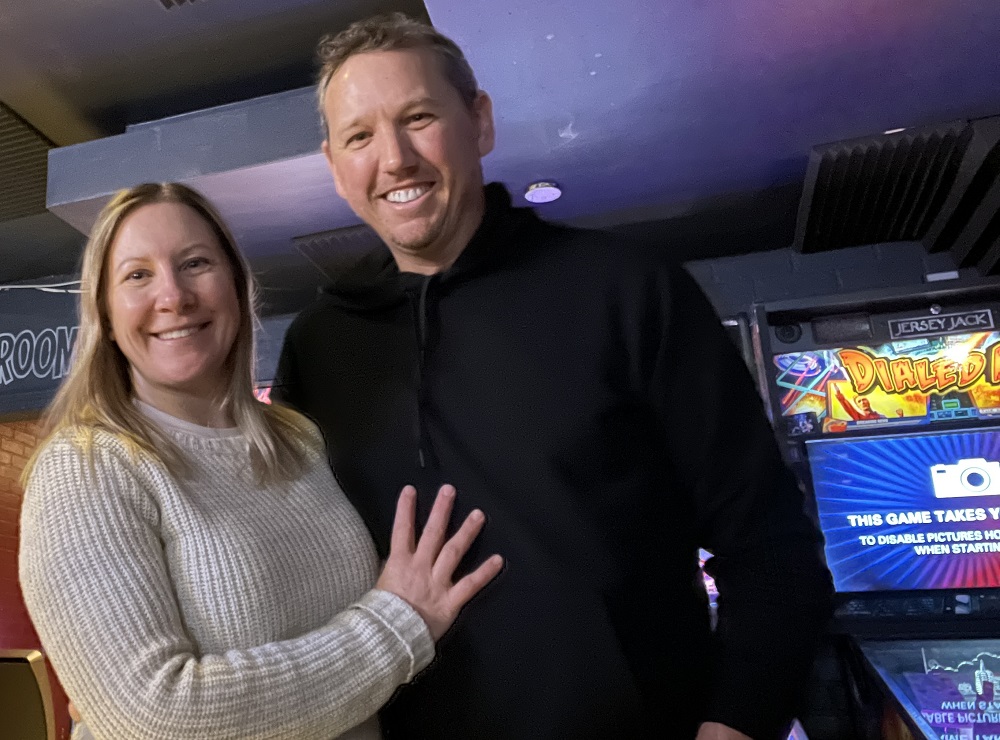 Local entrepreneurs Joshua Karam and Erika Mozes are looking to inject a little fun and games into downtown Haliburton.

Fresh off of opening Delancey Sports on Highland Street, the couple is looking to add another space to their portfolio shortly. They have put together a business plan to open a retro arcade, which they say could serve as a central hub for people in the community.

“There’s really nowhere for kids in Haliburton to go, nothing for them to do, especially during the winter. We thought this would be a great idea, a nice space for youth to hang out, for tourists to hang out, for anyone, really,” said Karam. “We think this community can really benefit from a focused entertainment venue like this. It would fill an important need in this town.”

The space would feature a combination of classic arcade games, such as Pac Man and Galaga, pinball machines, a pool table, dart board, and dome hockey and foosball tables. Karam says he also hopes to incorporate some newer video game consoles with multi-player capabilities.

Negotiations are ongoing with the new owners of 218 Highland St. The building, located on the corner of Maple Avenue, has been vacant since Algonquin Outfitters moved to its new location down the street last year.

“That location is just a prime spot for something like this. It’s right at the heart of the downtown area,” Karam said.

The pair are in the process of securing funding for the venture. A floor plan for the site has been developed, while partnerships with Playdium, to purchase the gaming equipment, and Pepsi, to bring in vending machines, have been tentatively agreed upon.

And the proposed space even has a working name with a neat backstory.

“We want to call it the Grayson Arcade. We spent a long time living in New York City while getting one of our other businesses, Hyr, up and running, and since moving back to Canada we’ve really taken to naming our investments after some of our favourite spots,” Karam said. “Our apartment in New York was on the corner of Suffolk Street and Delancey Street. We named the sports store after Delancey, and our home after Suffolk.

“Our favourite sports bar in New York was called ‘The Grayson’, so we thought it would be pretty appropriate to name this new venture after that,” Karam said.

The feedback they’ve received from those they’ve pitched the idea to has been overwhelmingly positive, Mozes remarked. She believes people are excited about the prospect of something new and different coming to Haliburton.

“At first people ask us ‘why an arcade’, but as soon as we explain our vision, they get it. We don’t have a mall here in Haliburton, we don’t have a movie theatre. This space wouldn’t be competing with any other business in town,” Mozes said. “We just want to create a space where people can go to have fun.”

It’s all about the wood at The Toolbox