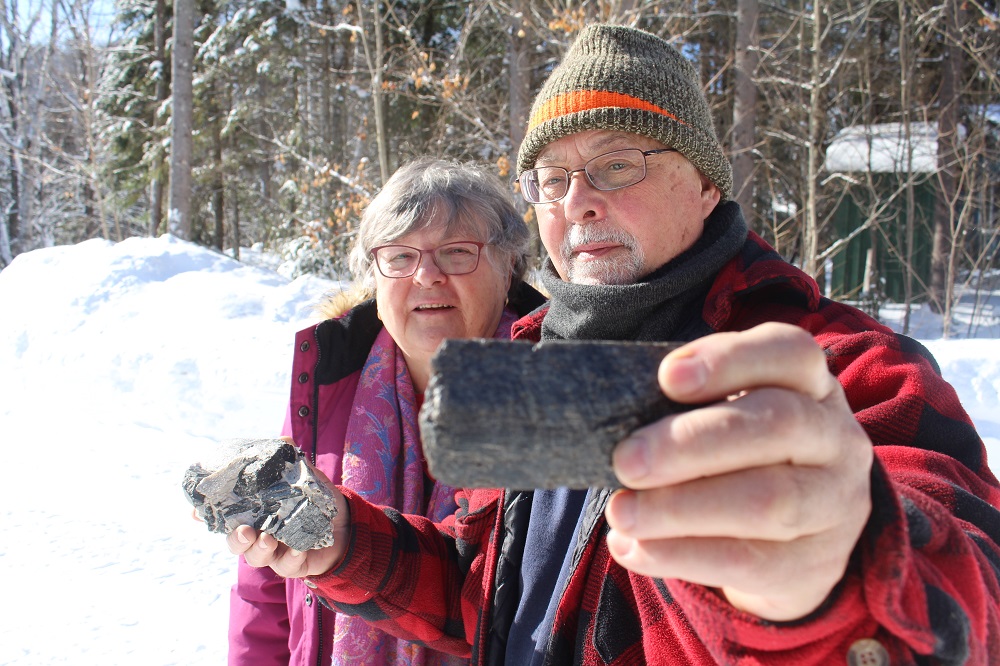 A Highlands East couple is calling on the township to protect a Crown land lot containing rare minerals near Tory Hill.

By leasing the Crown Land’s mining rights, Highlands East could limit the extraction of the minerals running through the site, said Mark Bramham, who sent a letter to council.

“I want them to permanently protect it with a mining lease,” he said, adding the municipality could consider leading tours into the area. He estimates it would cost $8,000 for an initial assessment, as well as a minimal yearly fee for the lease.

The land is located on a calcite deposit running from Gooderham to Harcourt that contains a high concentration of minerals.

They think the rare mineral, among others, is found on the land where they want to see the mining lease. Currently, Crown Land mining policies allow recreational collectors to extract minerals and rocks once per year.

Bramham said the land is fairly well hidden from the road, but as interest in rock hounding increases, the risk of extraction does too.

Areas such as the Gibson Occurance in Highlands East have been popular destinations for rock collectors worldwide who search for minerals such as Orthoclase and Titanite.

He added Highlands East could help ensure the area functions as a destination to marvel at, rather than an extraction destination.

“This is a wonderful ecosystem that’s been left intact since the last ice age. It’s worth protecting,” he said.

Bramham’s letter was received as information, with Mayor Dave Burton requesting staff send a letter to the Bramhams thanking them for their stewardship of the land.

Burton said he has not witnessed overextraction of minerals on the land, but said establishing the lease is “doable.”

“It’s something we may take into consideration, probably not at this time,” he said, adding that if council expressed interest in the idea, they’d need to consult with the public too. “There are a lot of people who have invested a lot of money to enjoy what we have, they’d have to be consulted as well,” he said.

The Bramhams have had university classes, researchers and international tourists visit the property. They said it’s their responsibility to act as stewards.

“I’m not saying people shouldn’t collect minerals, but should we not save something?” Mark asked.