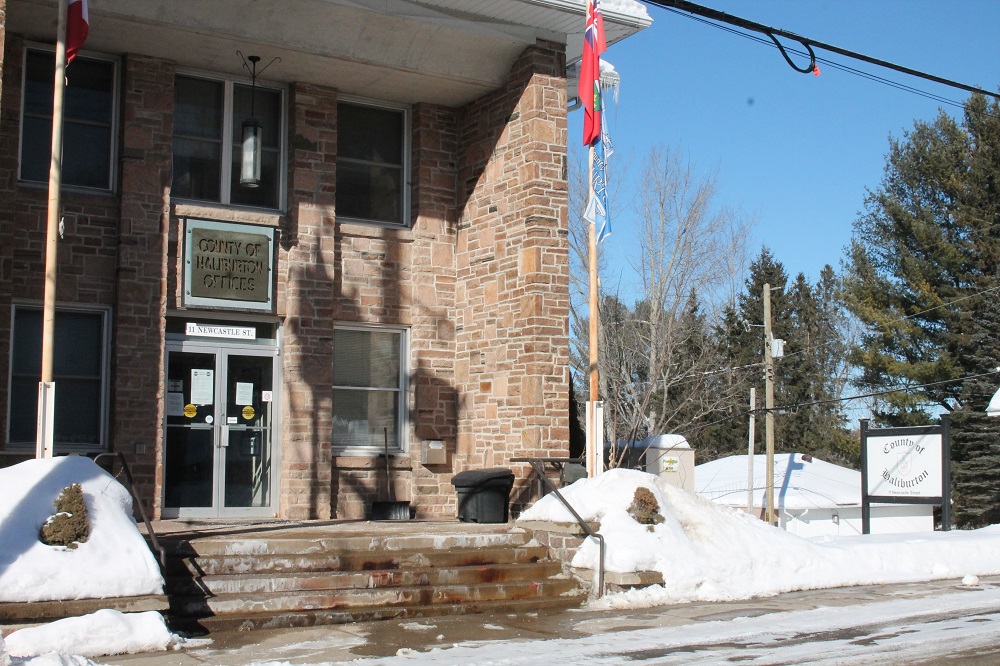 The “timing is right” to launch a development charges study for the upper and lower-tier Highlands municipalities, County Coun. Andrea Roberts told a Feb. 23 meeting.

The Dysart et al mayor said, “we’re seeing growth like none of us have ever seen before. I know at Dysart’s planning department, it’s just phone calls coming in of potential applications. It’s going to be a little bit overwhelming.”

The recently-released population census for Haliburton County found 13.9 per cent growth between 2015 and 2021.

County director of planning Steve Stone updated a report by his predecessor, Charlsey White, calling for a development charges study a couple of years ago.

This time around, if Algonquin Highlands, Dysart et al, Highlands East and Minden Hills all sign off on it, Stone is recommending a budget of $100,000, with a request for proposals going out in the hopes of finding a consultant to do the work by October 2022.

Roberts asked if development charges would affect every building permit and Stone clarified they would be for new dwelling units only.

The fees are intended to offset the cost of increased municipal services and infrastructure required due to population growth within the municipality, resulting from new development.

“Development charges can only be imposed on development that is subject to a zoning bylaw amendment, minor variance, part lot control bylaw, plan of subdivision, application for consent, plan of condominium and building permit,” Stone said. “They cannot be imposed for applications related to the enlargement of an existing dwelling unit or creation of up to two additional dwelling units.”

Stone, in an analysis, added, “development charges are recommended to be used to finance growth-related capital costs for some of the services provided by the County of Haliburton such as roads, emergency services and library services.

Stone added there are some identified ineligible services, which include cultural or entertainment facilities, tourism facilities, land for parks, hospitals and headquarters for general administration.

• A development charge bylaw is effective for five years after the date it comes into force.

• Before council can pass a bylaw, it must: complete a development charge background study. The bylaw must be passed within one year after the study is completed; complete a municipal asset management plan; and hold at least one public meeting with appropriate notice.

• Notice of adoption of a bylaw must be given within 20 days and is subject to a 40-day appeal period.