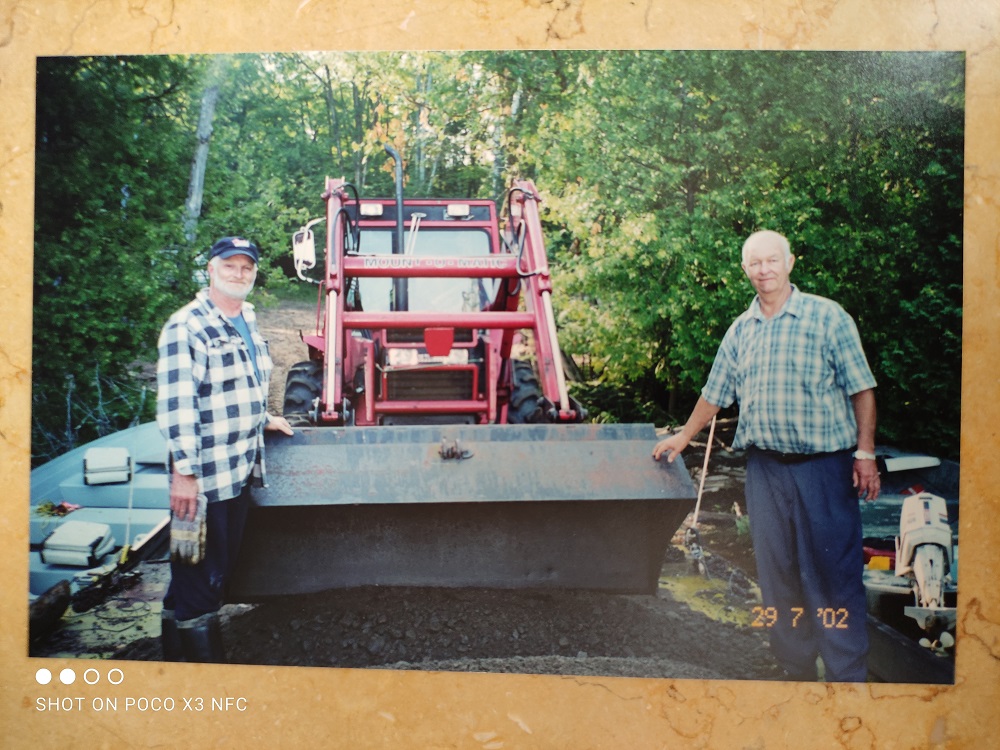 When long-time cottager Bob Novak bought an island on Soyers Lake in the mid 1990s, he knew just the man who could help turn his dreams into reality.

The name Lee Blair is practically synonymous with Soyers Lake, located a few kilometres west of Haliburton village. In the 1970s, he played a pivotal role in developing land fronting the water, gaining a reputation for “doing things the right way.”

“Lee always did things in a tender way. He was a developer, but he was extremely passionate about the environment. Every project was well thought out, and done in a way that maintained nature and all its beauty,” Novak said. “He had an extremely good reputation here in Haliburton County.”

Novak first met Blair in 1970, when the developer, who owned and operated Blair Sand and Gravel for decades until his retirement in 1993, was building a dock at a cottage on Lake Kashagawigamog. The pair hit it off and became friends.

It was only natural then, when Novak acquired his island, that he would look to Blair for advice on how to go about building his dream home. Blair served as an advisor to the construction firm tasked with completing the project.

Speaking to The Highlander, Novak said he’s found an ever-lasting way to appropriately acknowledge Blair’s contributions to Haliburton County. And he needs the community’s help to do it.

“I want to rename the island Lee Blair Island,” Novak said. “Everybody I’ve ever talked to that knew Lee, had only good things to say. When I would tell people Lee was helping me with my build, they would tell me I was in the best hands. This is my way of remembering, and commemorating a friend.”

Novak began the process to legally change the name of the island in 2017. He submitted an initial application to the provincial government, and has followed up annually to check on the process. After years of hearing “yes, we’re looking into it,” the government launched an online survey earlier this year, looking for public feedback on the name change request. The survey can be accessed at www.ontario.ca/page/geographic-names The deadline for submissions is March 31.

Given there’s so much confusion locally about what the island should be called – Novak said it’s labelled on maps as Brown Island, but more widely referred to as Blueberry Island or Camp Allsaw Island – he feels it would be a fitting way to remember a man that helped shape Soyers Lake into what it is today.

“It would mean a lot to me,” Novak said of the name change. “It would help keep his memory alive.”