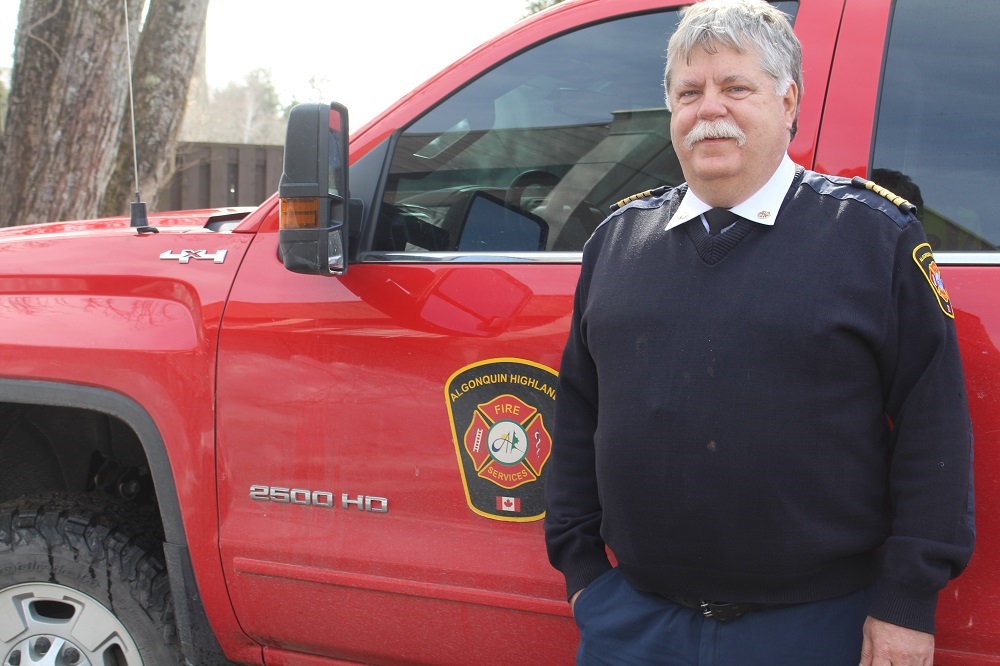 Currently, all volunteer firefighters in Algonquin Highlands make $20.51 per hour. This is the highest rate in Haliburton County, French noted. In his report to council, he proposed increases to members holding down the positions of acting captain (up to $22.01), captain ($23.51) and district chief ($25.01), while recommending untrained new recruits be bumped down to $16 per hour.

French also asked that firefighters be paid a minimum of two hours’ pay for each callout.

Deputy Mayor Liz Danielsen wasn’t a fan of the proposal. She said she wouldn’t support a pay decrease for new recruits, and called on Algonquin Highlands to be “local leaders” in establishing fair pay for volunteer firefighters.

“I’ve suffered two house fires in my life and have firsthand experience of how much our firefighters do for us. At risk of upsetting the budget applecart, I have an issue with a reduction here,” Danielsen said. “In the city, firefighters get paid almost $50 per hour. I understand all firefighters have to maintain the same level of training, that’s a big spread for me.

“I’d like to see us be leaders and do more beyond what is being recommended here,” she added.

CAO Angie Bird noted firefighters have typically received a cost-of-living increase from the municipality, after being asked by Danielsen. French’s proposal would see that annual review maintained.

Given the request to change the minimum callout pay, Bird asked that council defer making a final decision until she’s able to calculate how much that would cost, and how big of an implication it would have on the 2022 budget. The issue will be coming back later next month.