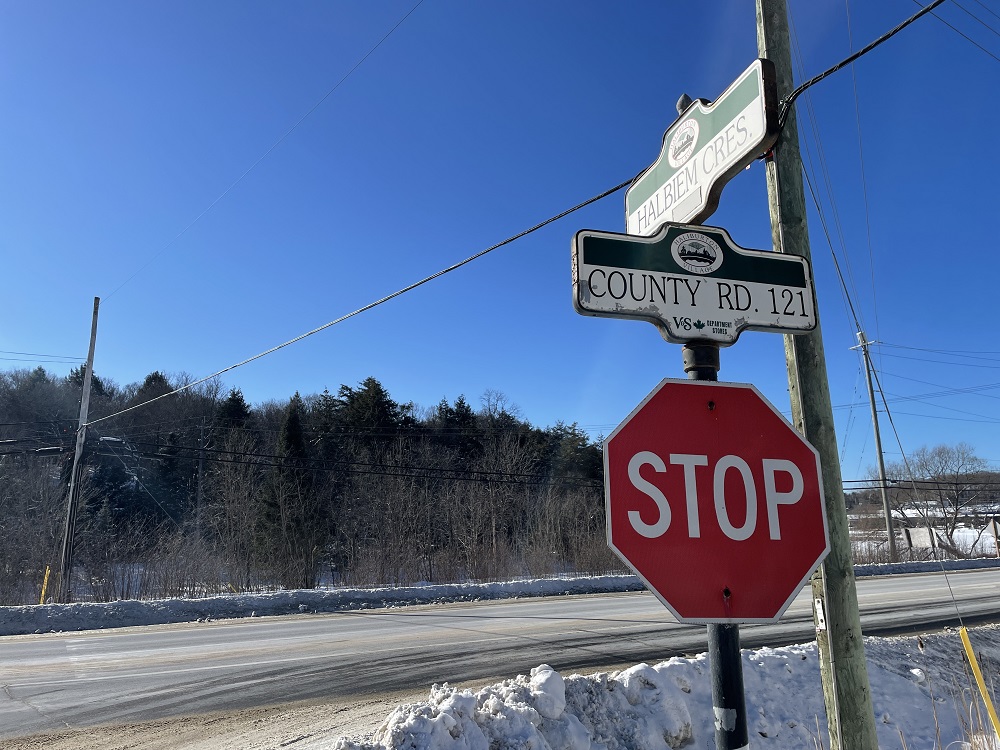 The project, proposed by Places for People (P4P) in September 2020, has been in a state of delay for months, with a dispute between Dysart township and the County over the ability of the Wallings/County Road 21 intersection to handle increased traffic.

A suggestion to close off the Wallings/CR 21 intersection and create a new two-way road into Halbiem was proposed last fall. Land owners along Halbiem voiced their opposition to the plan on Nov. 23, 2021, citing various safety concerns.

Mayor Andrea Roberts noted at the Jan. 25 meeting that council’s preferred position was to maintain access to Wallings directly from CR 21, but that decision ultimately lay with the County. A new traffic study of the intersection has been commissioned by County staff, with results expected later this year.

In an attempt to get the project moving, P4P president Jody Curry suggested a new plan for the site, which includes a temporary solution of providing driveway access to the site off Halbiem. Addressing other concerns brought forth by council last year, she also suggested P4P could lower the number of units. Originally, Curry said the project was only viable if P4P could construct 48 units, but said this week they could move ahead with a plan to build fewer.

Jeff Iles, Dysart’s planning director, informed council those units would be situated on a .92 acre plot along Wallings Road. The land is being sold to P4P for $2 to support the project.

Development is still a long way off. The latest approval from council allows P4P to come up with a new site plan for the .92 acre plot. Other items, such as building permits and connection fees, will be discussed at a later date. A public meeting will also be scheduled in the near future.

Coun. John Smith wasn’t happy about that. He wanted council to clearly outline what other contributions the municipality would be making to the project, pointing out a letter of intent previously signed by the township and P4P was vague.

“Some of us are concerned about the amount of municipal contribution to this project. The municipality is already providing the property for $2, which is a tremendous contribution. Any additional contribution in terms of waiving fees, like we typically do when a developer shows up with their own land … would be inappropriate,” Smith said.

He also sought assurances future residents would come from Haliburton County. He spoke to an agreement P4P has with the Kawartha Lakes Haliburton Housing Corporation, which provides housing to those in need across the region. It could see individuals from Lindsay moved to Haliburton and into the new development.

“We need to remember this is a part of the affordable housing target program, which is a County initiative. We have the right to choose our tenants,” Curry responded.

She clarified that not all units will be classified as affordable. She expects 30 per cent will be made available to lower-income individuals, with the remaining offered at market, or above market rent.

Coun. Larry Clarke was keen to point out that Smith’s comments and surmizations were his own, and not a reflection of the rest of council.

“I see the role of our council to look at the longevity of this community, and we need affordable housing. There has to be an investment from the township to make that happen. It may cost a few extra dollars, but it benefits the entire community and our future,” Clarke said.