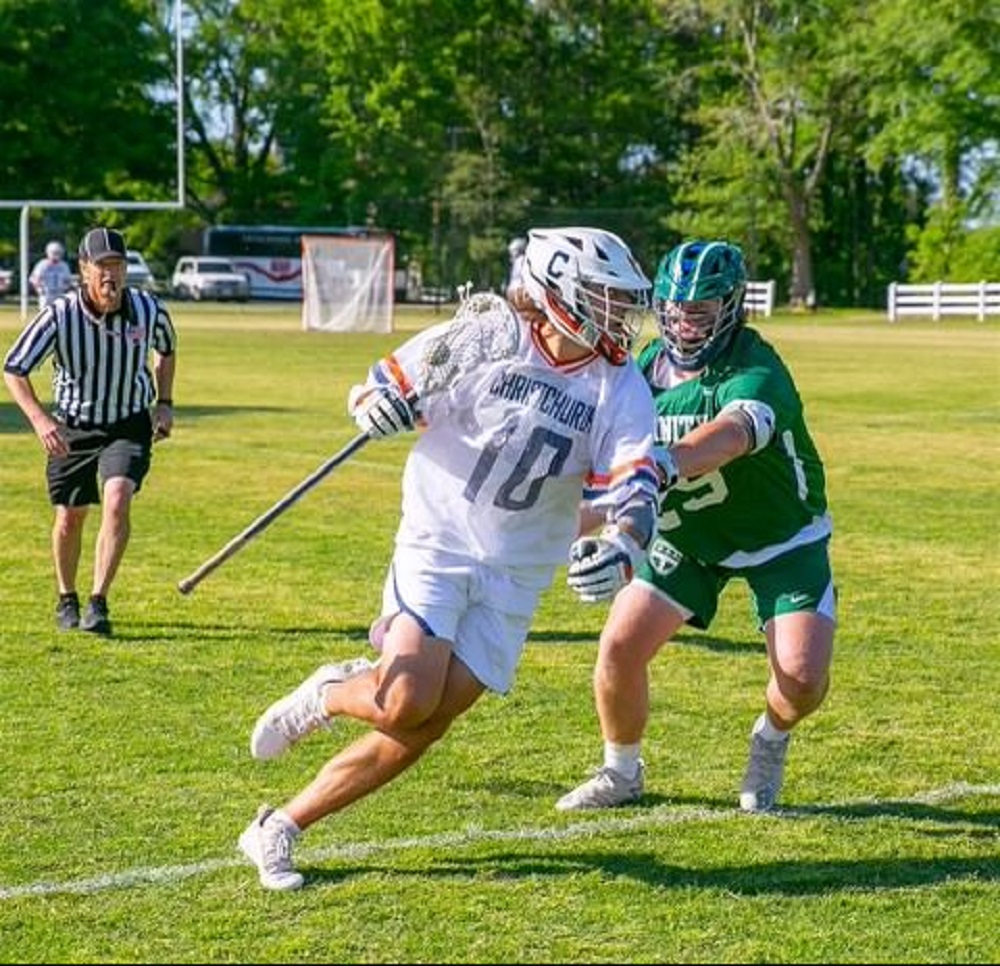 Haliburton County’s Jaxon Gill has spent the past 18 months chasing his sporting dreams stateside, with eyes firmly set on forging a career in lacrosse.

The high school senior is doubling as a student athlete at a private boarding institution in Virginia, where he plays a key role on the Christchurch Seahorses varsity lacrosse team. A talented forward, Gill tallied 75 points in just 15 games during the 2021 season.

A string of impressive performances put him on the radar of several top ranked NCAA programs across the U.S. In October, he committed to playing Division 1 lacrosse with Quinnipiac University, based in Hamden, Connecticut.

“A dream come true,” Gill told The Highlander of his signing. “I love lacrosse, and now to have the opportunity to play it at a really high level, I’m really excited. Just the whole aspect of playing on a Division 1 team, that’s a really big deal for me.”

It’s certainly a far cry from the environment he grew up in, playing box lacrosse in Lindsay as part of the Kawartha Lakes Fury. He was 10 years old when he picked up his first spoon, joining some of his friends on the ‘local’ team.

According to Gill, it was pretty much love at first sight. He took to the sport quickly, and before long made lacrosse his primary focus, even ahead of hockey. He started playing field hockey in Newmarket when he was 12, which opened his eyes to a completely different style, and level, of play.

As his skills developed, Gill considered his options. He had been told by coaches that he was good enough to play at a higher level. Last year, right before the onset of the pandemic, he made the decision to transfer from Haliburton Highlands Secondary School to Christchurch. Since there was no school team at HHSS, and Gill was restricted to playing solely box lacrosse during the winter, he felt the only way he could keep progressing was to move.

It was a shock to the system the first time he took to the field in Virginia.

“Even though I had played field lacrosse before, it wasn’t the same as American field. Down here it’s a different game. The biggest change was I started to use both hands [on the stick] instead of just one, which is a typical Canadian thing that most people do,” Gill said. “It was a jolt, definitely. A big adjustment. But my coaches and teammates were really supportive. Since then, I feel I’ve elevated my game to a whole new level.”

Christchurch went to the Virginia state championships in 2021, and Gill hopes he can lead his team to a title in what will be his final season.

He admits he’d be lying if he didn’t already have one eye on the future, though. He’s already met with his future coaches at Quinnipiac, and has decided to major in communications. He and his dad visited the campus in August.

“It was great, sort of like seeing what my future would be,” Gill said.

“I know I’m going to have to work really hard if I’m going to play in my freshman year, Quinnipiac has a great program with a lot of good players, but this is just the next challenge for me. Since I started playing lacrosse, it’s almost like everything has been leading to this. I can’t wait.”