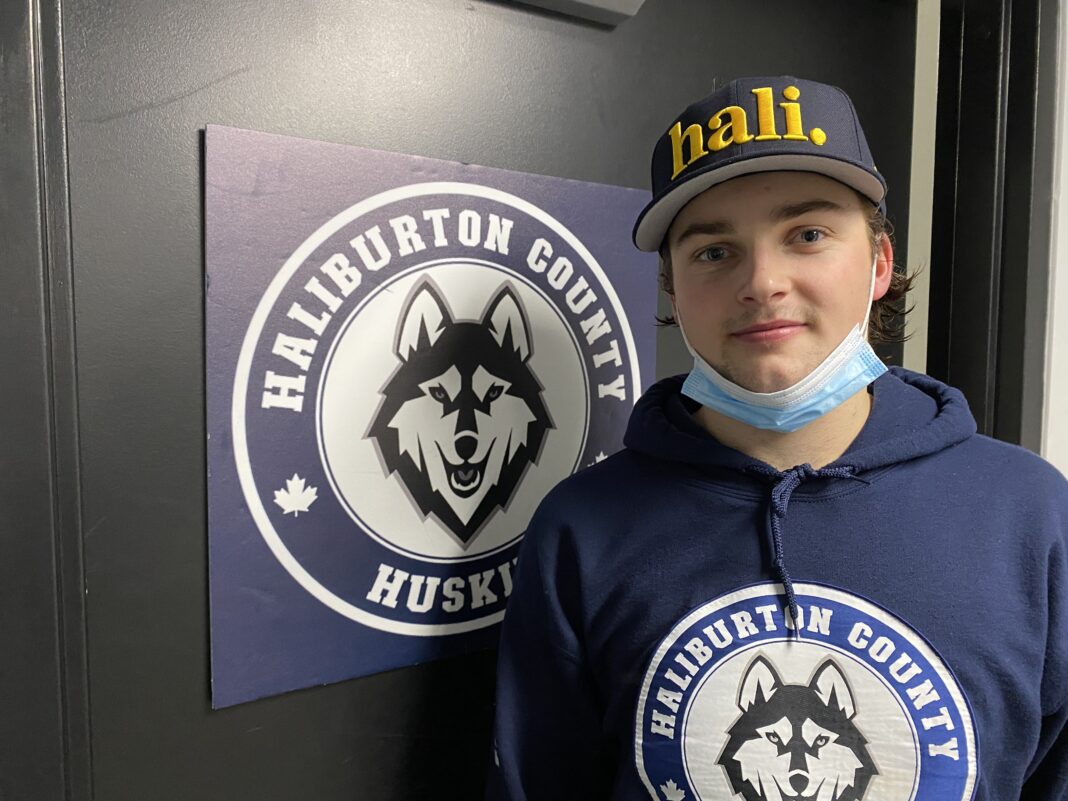 Haliburton County Huskies forward Oliver Tarr didn’t have to think twice when asked to relocate to the Highlands last summer.

The 19-year-old forward spent a great deal of time in the area throughout his childhood, with his family having a cottage on Little Hawk Lake, north of Carnarvon. When he learned the Whitby Fury would be moving, he was excited by the prospect of representing a place he refers to as his home away from home.

Tarr is enjoying a career year in the blue and white, putting up a staggering 43 points in 28 OJHL games. He’s one of the leaders on a Huskies outfit that look primed to challenge for championship honours come spring.

It’s exactly the sort of situation Tarr imagined himself in when he was growing up. Always more of a smaller, skilled player, the Huskies’ number nine got his start playing minor hockey for the Uxbridge Stars in the late 2000s.

Tarr represented the Central Ontario Wolves and Whitby Wildcats in AAA before making the jump to junior.

six. Last year, with most players stuck on the sidelines, Tarr headed east to represent the Miramichi Timberwolves in the Maritimes Jr. A Hockey League, putting up 21 points in 24 games.

That Atlantic experience served as the springboard for this season’s offensive explosion, he said.

“I feel like I took my game to a whole other level. I had an unbelievably fun time, grew into my body a little more and found myself more comfortable with the pressure of putting up points and being an offensive driver at junior level,” Tarr said.

He worked hard over the summer getting into peak physical condition. Before committing to the Huskies, he took part in a Peterborough Petes training camp. He did enough to earn a contract with the OHL outfit, who saw potential in him as a mid- level scorer.

While he was appreciative of the offer, Tarr has always known what his next path was going to be.

“NCAA has been the dream for as long as I can remember,” Tarr said. “When I was 12 or 13, my hockey team went on a trip to Michigan State. I was blown away by the facilities, and we’re seeing more players excelling at college hockey and then turning pro.”

He held talks with several Division 1 schools, making a committment to Canisius College Dec. 21. He plans to begin at the Buffalo school in September.

Now home over the holidays, Tarr said he’s looking forward to the second half of the season, where he expects the Huskies to lay down a marker and show the rest of the league what they’re capable of.

“We’re finally healthy. We’ve struggled with injuries all season, and have had to play short lots of nights. Since having

guys back, we’ve won six straight and are playing some really good hockey,” Tarr said. “I think we’re going to have a really successful season. I don’t see anybody getting in our way. When you look at the locker room and the guys we have, a championship has to be the end goal.” 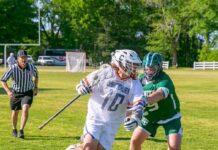 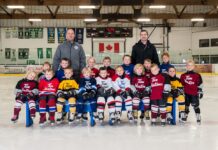 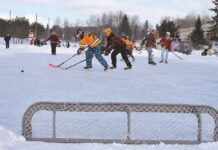