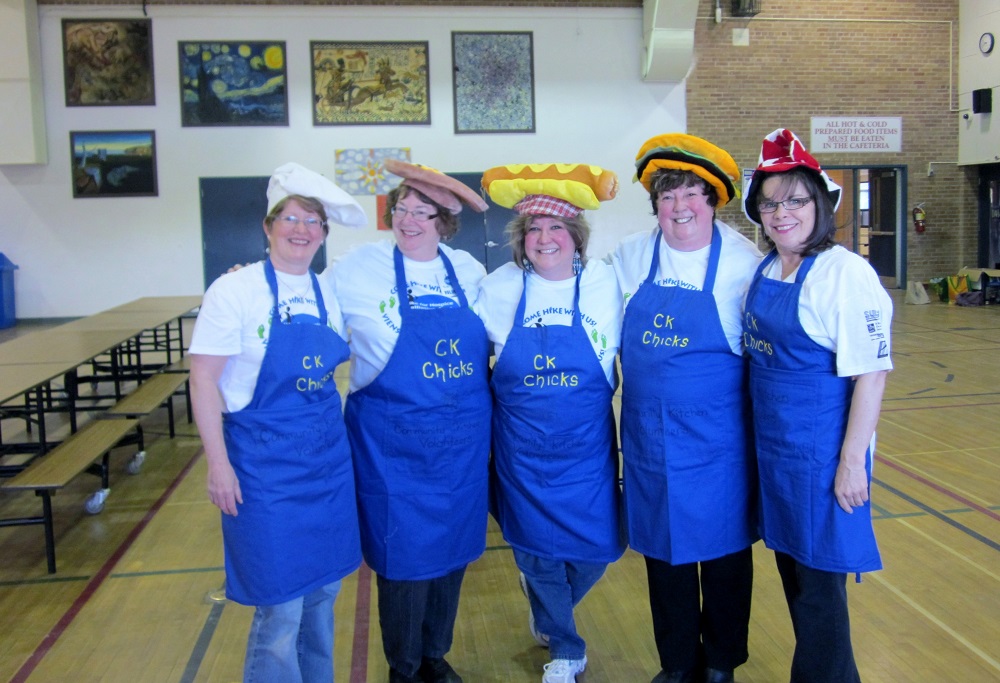 Whether volunteering with the Haliburton Lions Club, Friends of the Library, Abbey Retreat Centre, or the County’s Community Kitchen, Jane’s passion for her family, friends and the Highlands community shone through say many who knew her.

She passed away Nov. 22 at the age of 61. Her sister-in-law Shelley van Nood said Jane’s personality “sparkled” wherever she went.

“She was really engaged in life,” said Shelley.

“If you needed help, Jane was there,” said friend Linda Heeps, who also served with van Nood on the Friends of the Haliburton Public Library board.

“She would be the one driving people to doctors appointments in Lindsay,” said Heeps, mentioning fond memories of the “Six Super Sisters,” a group of friends who started out as a book club.

Jane was renowned for her love of Christmas and her decorations. The super sisters plan on taking down her Christmas decorations after the holidays.

Shelley van Nood said her family loved getting Holiday cards from Jane. “When you got a Christmas card from Auntie Jane, you knew it was made special, just for you,” she said.

Heeps and many others also found solace in Jane’s company through a breast cancer support group she helped start. Jane also volunteered at the Abbey Retreat Centre as a retreat facilitator.

She was also a dedicated member of the Haliburton County Lions Club. A tribute page on the club’s website shows Jane helping out at a variety of Lions functions; never without a beaming smile.

“She was the most giving person there is in the world,” said Lion Marilyn Frost. During a Lions’ lady club retreat, Frost remembers Jane bringing “half the kitchen:” supplying all the kitchen equipment for delicious meals she helped cook for her friends. “That was Jane,” said Frost.

John Teljeur, Jane’s cousin through marriage, remembers her as a devoted friend with a dedication to friends, family and community projects.

“She dove into things,” said Teljeur. At Teljeur’s Canadian National Pond Hockey tournament. Jane was one of the first to volunteer. “I’m not going to let you fail,” Teljeur remembers her telling him.

“You look back in time and piece it all together: the way that she was. She was just a go-getter, and she would take things on probably when she didn’t even have the time,” he said.

Teljeur said he hopes to host the tournament again this year, in Jane’s honour.

“Her family should be so proud,” Teljeur said. “She was only on the earth for 61 years but she impacted so many.”

We’ll all be home for Christmas…and then some