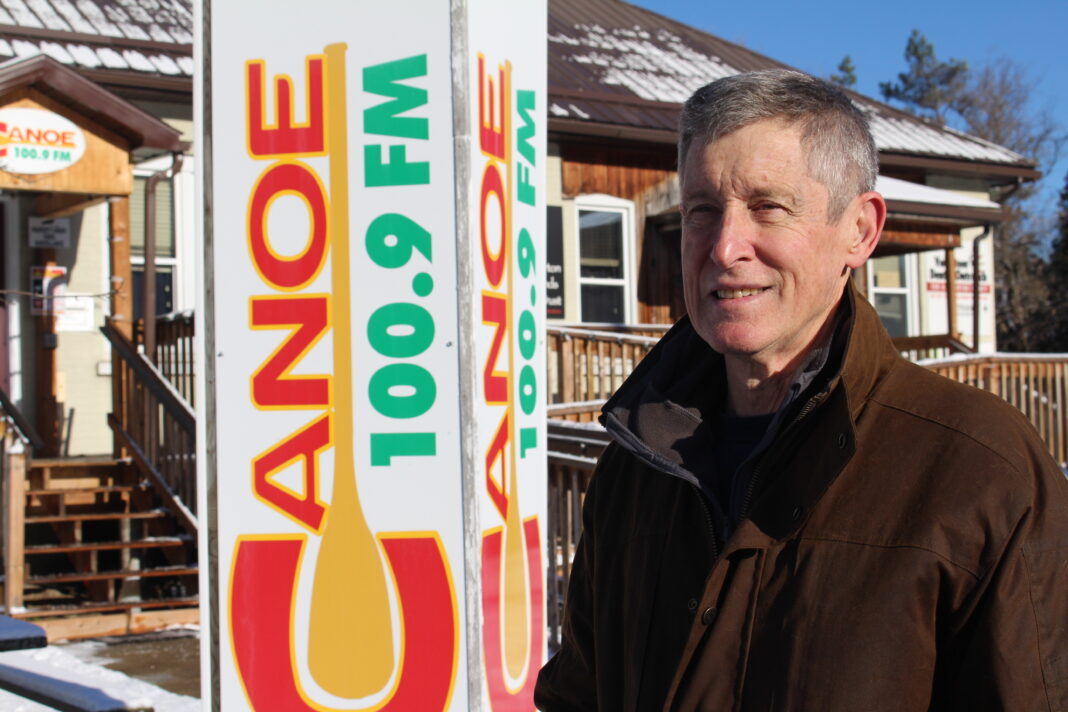 In the months after Canada went into lockdown, CanoeFM developed a new slogan.

“Remember that in good times and difficult times, community radio brings us together.”

“People have always responded to CanoeFM,” he said. “During the pandemic, we went from concern over what the future would bring to being so grateful for what the community has given to let us continue to do what we do.”

The annual radiothon raised a record high in 2021, and the station’s radio bingo became a Highlands tradition.

It raised an unprecedented $106,000, half of which is being gifted to 23 community groups.

Vorvis, who calls the bingo numbers, said he heard countless stories of cottagers bringing bingo cards back home with them, making the game a Canada-wide affair.

While the lottery, which raised $54,000, and bingo proceeds can’t go to salaries at the station, it can fund production expenses and purchases.

“It’s allowed us to really expand what we want to do to give back to the community,” Vorvis said after the station’s Nov. 23 annual general meeting.

“In my crystal ball I see that CanoeFM will make many changes in the coming few years,” station manager Roxanne Casey wrote in her AGM letter.

Many of those changes hinge on the station’s new three-year plan.

“We have a really rich musical community,” he said. The station will apply for funding to hire a production coordinator and mentor to help artists professionally record their work in the station’s Malcolm MacLean radio hall. “We want to make this an incubator,” Vorvis said.

CanoeFM is also working on increasing its listenership in remote areas of the Highlands.

“We want to represent Haliburton County but geographically there are places that don’t receive our signal as well as others.”

“We’re going to be able to analyze those results and find out what we’ll need to do to increase the signal,” he said. “We say we want to be the voice of Haliburton County… but people need to be able to hear us.”

Vorvis said CanoeFM is unique because of how board members often volunteer under the supervision of hired staff.

“You can see the impact of what you’re doing,” said Vorvis. “It allows us to see and then modify the policies and what CanoeFM does.

The station is built on the work of three staff members and 119 volunteers just like Vorvis, who spends about 20 hours a week hosting shows, bingo and now fulfilling the duties of board chair.

He said he encourages anyone looking to expand their skills or meet new people to get involved: no prior experience is necessary.

“I heard an ad they were looking for volunteers,” said Vorvis. “I never had any experience in the industry but I thought ‘ok I’ll give it a shot.’ I’ve never looked back, I enjoy every aspect of it.”

Past-president Tim Hagarty, Linda Heeps and Dan Sullivan finished their time on the board.

“Every one of you should be proud of our accomplishments this year and you, our volunteers, continue to make the magic happen,” wrote Hagarty in a letter to CanoeFM members. “We are the true voice of Haliburton County and a welcoming caring setting to volunteer.”

County looks for help with rentals