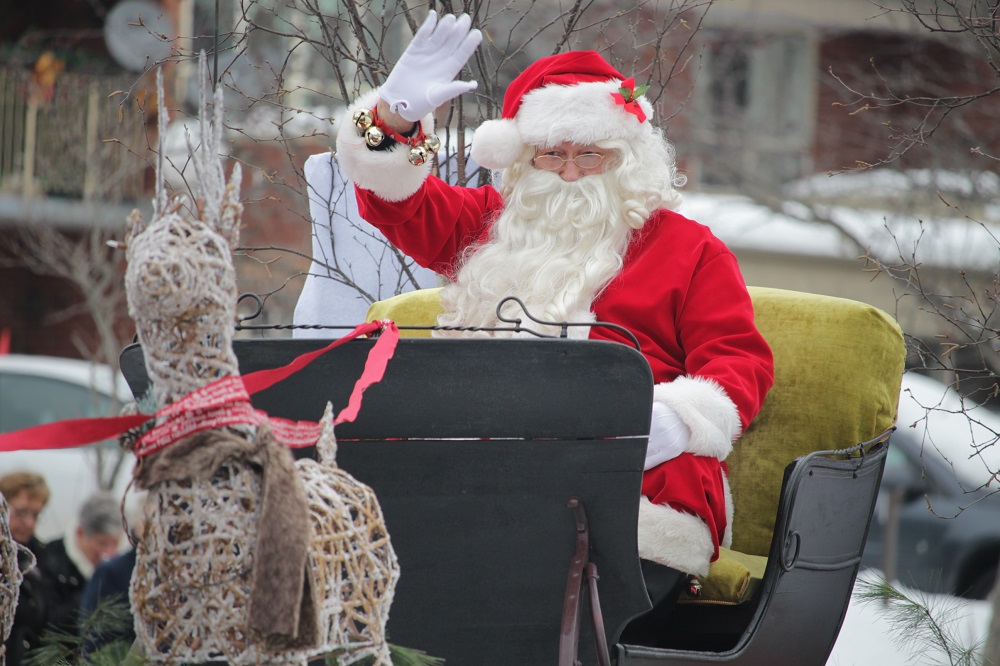 After a subdued 2020 holiday season, one of Haliburton’s most popular Christmas events is back.

On Nov. 26 at 6:30 p.m., the Lions and Rotary clubs, in partnership with the Downtown Haliburton BIA will herald in the festive season with the town’s Santa Claus Parade.

Jim and his partner, Marilyn Frost, said one of their favourite parts of the event is Santa’s famous sled and reindeer, a special float that took a group of four men an estimated 3,000 hours to create.

A tree-lighting will spark the night’s festivities in Haliburton’s square, across from the Bank of Montreal, at 6 p.m..

Everyone’s invited to bring a decoration to place on the tree.

And of course, the man in red himself has confirmed he’ll be in attendance.

“I spoke to him and he said ‘Jim, as long as I have air in my lungs, I’ll be doing it,’” said Frost, adding with a smile that “Santa has email up there in the North Pole.”

Alongside Santa Claus will be honourary parade marshall, Mike Jaycock, making his return to Haliburton after moving away from the community earlier this year. As the procession of around 40 festive floats proceeds down the street, Marilyn said it’s often a beautiful night: “last year it was a full moon right at the top of Highland Street. The moon came up and shot straight down the street as soon as the parade was starting. It was incredible.”

Jim said safety protocols are top of mind: for COVID-19, all attendees must wear a mask and maintain a two-metre distance from others. For parade safety, there are no candy handouts allowed and float riders must remain seated at all times.