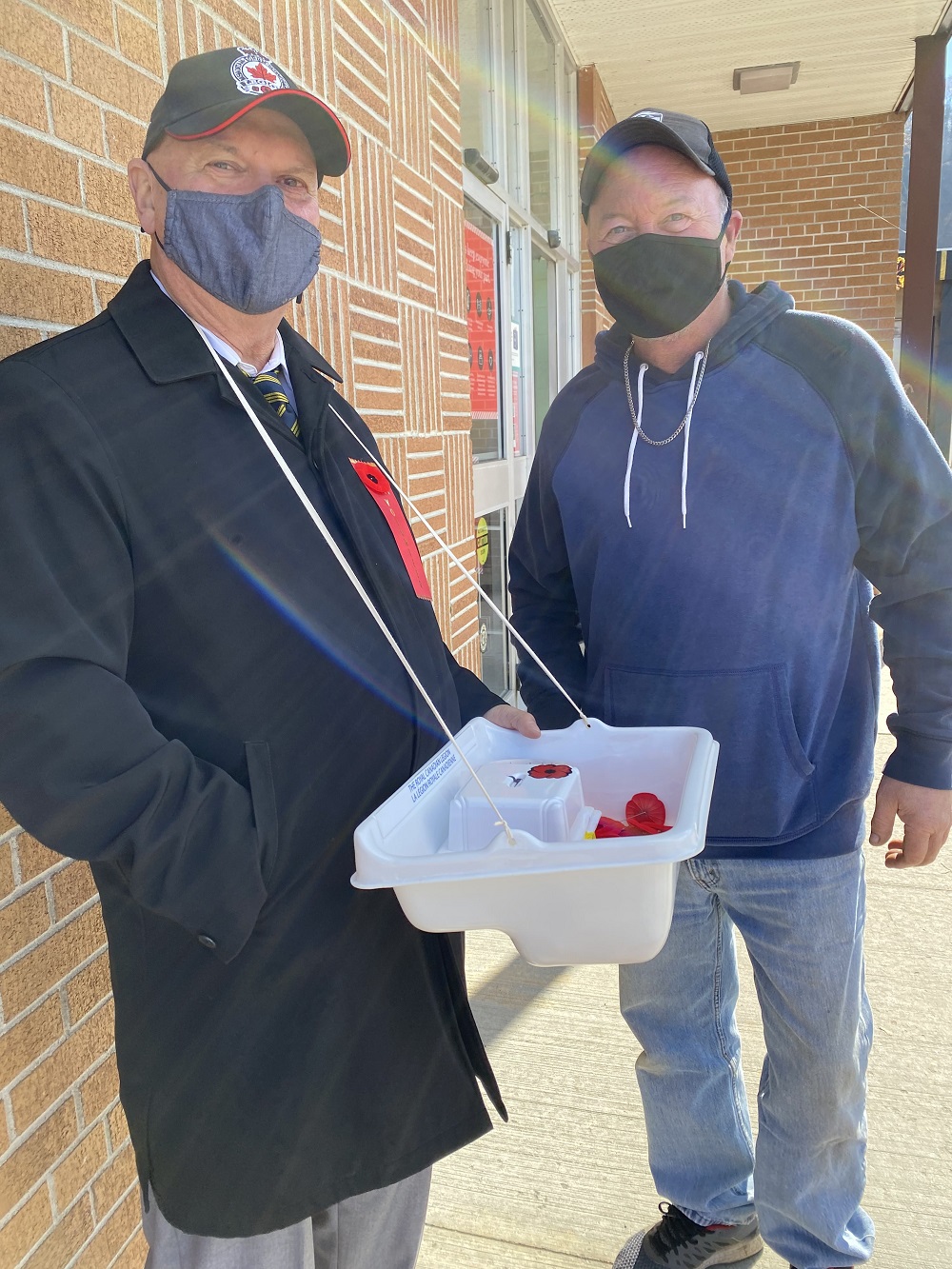 “They shall grow not old, as we that are left grow old. Age shall not weary them, nor the years condemn. At the going down of the sun and in the morning, we will remember them.”

The iconic words of Laurence Binyon, penned in his poem For the Fallen, are often revisited at this time of the year as people look back on and commemorate the sacrifices of our Canadian veterans.

Haliburton Legion president Don Pitman recited them as he helped to kick off the annual poppy campaign in town Oct. 29.

“Why do we do this? It’s the three classic words, lest we forget,” Pitman said.

From now until Nov. 11, poppies will be available in more than 100 businesses across Haliburton. While donations are not required, Pitman said any money given goes directly towards supporting and helping veterans. In 2020, the Haliburton Legion raised around $24,000 through its poppy campaign.

All of that money was sent to the Ontario Legion’s central command and divvied up from there. Pitman says he knows of several local veterans who received money to help with one-time and ongoing costs, while the community’s cadet group and ‘Vet to Vet’ support program was also backed.

“This community has always been very, very supportive of the poppy campaign. We had one of our best years last year, and we’re definitely hoping for another strong campaign this year,” Pitman said.

Volunteers will be on hand with poppy boxes at Foodland, Todd’s Your Independent Grocer, Napa Auto Parts and Tim Hortons all day Nov. 5-7.

Remembrance Day has always been a big deal for Pitman, who had several family members involved in the First and Second World Wars.

“I had two grandfathers, my father and my uncle who all saw time in the military. My grandfathers saw action in the First World War, while my uncle served during the Second World War,” Pitman said. “But this day is as much about new veterans as it is remembering those [who served in the Great Wars]. The perfect example of that is Afghanistan and everything that went on there.”

With the Asian nation recently falling back into Taliban control, Pitman said many veterans who completed tours during Canada’s involvement in the War on Terror have been left questioning their service.

“There are a lot of veterans who lost a lot of friends over there. We lost 165 Canadians over there … Some of the people that came back, who have already been dealing with things like Post Traumatic Stress Disorder, have needed additional resources to help them get over the fact that all those lives have been lost, and yet the country fell back to where it was,” Pitman said.

He added, “Remembrance Day is important, number one so that we never forget. Because if you forget, then history will repeat itself.”

What to do when you fall through the ice