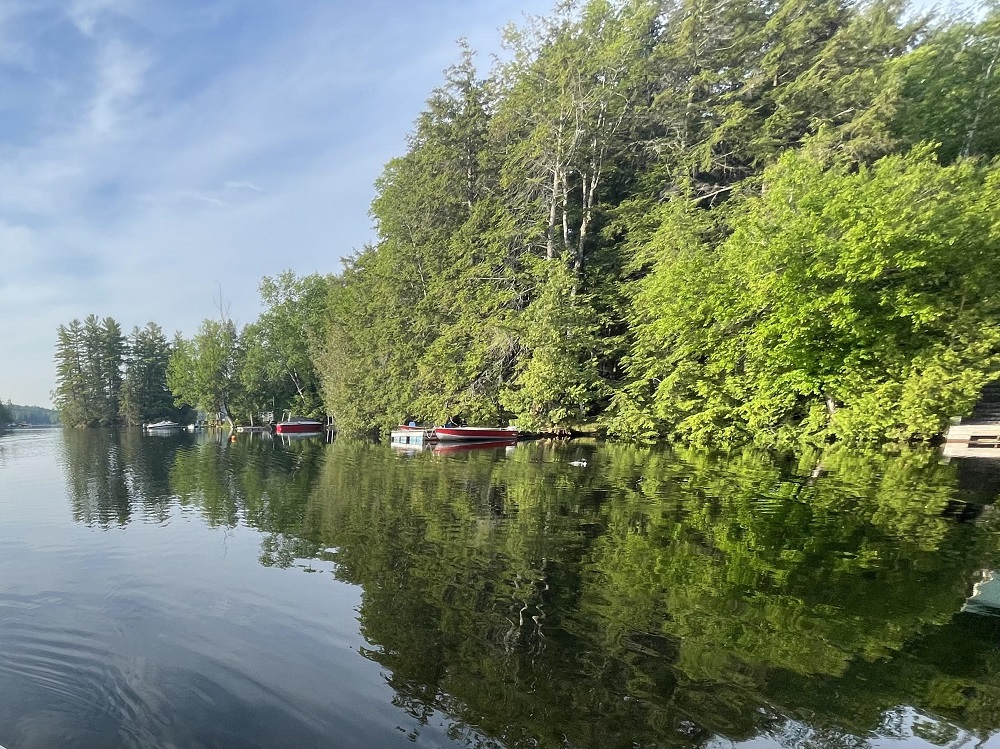 The great Highlands land rush is posing a threat to our waterways but the consultants’ final report on the shoreline preservation bylaw is one way County officials can mitigate the impact.

Since the outset, we’ve had to agree to disagree with those arguing the existing shoreline tree preservation bylaw is doing the job and this one is not needed. Quite frankly, the old one doesn’t have enough teeth.

And we have sadly seen how some property owners, developers and contractors know it and have been pushing the envelope. For example, we were sent photos of a clear-cut on Drag Lake in the summer. The property owners were fined and ordered to do restoration works. They claimed a misunderstanding of the language in the existing bylaw.

We did not write about it at the time as we did not think it was prudent to single out one possible bad apple. The problem was with the core. The legislation was underripe. This week, Haliburton County council has rightfully taken steps to ensure the bad apples can’t get away with citing the rules and regulations aren’t or weren’t clear enough.

The County’s forestry and bylaw officer is getting busier and busier. Between Jan. 1 and July 15, 2021, the man responsible for the existing bylaw had made 45 site visits, issued four fines, eight stop work orders and seven work orders for remediation to address issues from 2020. Further, unlike those who argue a 30-metre setback is an attack on their Constitutional rights to do what they will with their land, the consultants disagree.

They have recommended a 30-metre buffer as it removes up to 85 per cent of pollutants; 85 per cent of sediment; 75 per cent of nitrogen; 100 per cent of woody debris, maintains water temperature; and protects the chemical, physical and biological components of aquatic systems. Further, the 30-metres is already in the County’s official plan; is what the province recommends; and lots of other comparable municipalities use it.

Some don’t get it, so the consultants have recommended the County do more public education on the connection between shoreline buffers and water quality. Adding further teeth, it’s recommended there be permit approval prior to any future tree removal or site alteration in the zone.

The consultants have also quite rightly suggested that the County continue to talk to its municipal partners, the development community and other stakeholders about a permit-based system.

County council still has some work to do around permitting and will have to get a legal review but they should be in a position to pass the new bylaw at their next meeting. There had better be a discussion about enforcement, too, since all local councils have not spent enough money to date on bylaw enforcement staff.

But, no one can now say there was no public consultation. It cannot be argued special interest groups drove the process. The final report was done by consultants from outside of Haliburton County. Their work has revealed best practices in other jurisdictions. It is time we all got behind it – for the sake of our lakes, ponds and natural heritage features.

Not lame ducks yet