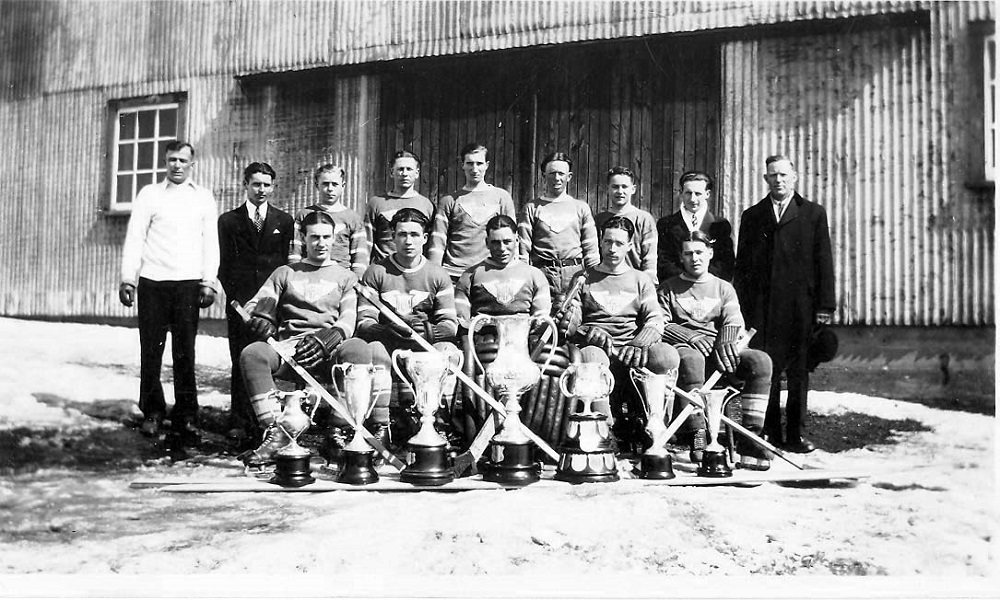 Highlands resident Roger Dart wasn’t around to see his dad, Glen, and uncle, Don, light up the ice for the 1934 Haliburton Huskies, but he has heard several, almost fantasy-like stories recounting the exploits of that historic team.

Playing at a time when organized hockey was, for the most part, restricted to more urban areas closer to Toronto, the Huskies were one of several rural outfits that proved the exception to the rule. Rather than competing in a league, the team would travel across the southern parts of the province to play in weekend tournaments – where the winner would take home a trophy or a cup.

That team, from 1934, is still remembered to this day as one of Haliburton’s most successful hockey outfits, having collected seven championships over a short four-month window. Now, those accomplishments will endure for generations to come with the squad set to be inducted into the inaugural class of the Haliburton Highlands Sports Hall of Fame.

“The 1934 Huskies really were like the rock stars of their generation … They were the team to beat in Ontario, that’s for sure,” said Dart. “We don’t know a whole lot about this hockey team, but we do know that they played during the [Great] Depression era, and that they were both prominent and successful. They gave the community something to cheer for, and something they could be proud of.”

As a 15-year-old high schooler, Glen Dart was in the early stages of his remarkable hockey career when he dressed for the Huskies in 1934. He and his brother, Don, were important members of the team, but were far from the stars, Roger said.

The leaders of the team were defensemen Ron Curry and Dick Logan. Other prominent players included Jas (Jimmy) Iles, Lyle Lucas, Harold Dean and goaltender Oswald (Ossie) Glidden. Together, that starting line-up were immortalized in the poem The Huskies, written by Burleigh Wallace.

From December 1933 to March 1934, the Huskies, under the management of George Woods and Grenville Dart, won prominent titles such as the Durant Cup, the Bert Porter Cup, the Hughes Cup, the Felt Cup, the Renfrew Trophy and the FJ Carew Challenge Cup. While one of those trophies was won on home ice in Haliburton, the vast majority were claimed while on the road, oftentimes competing against teams from much larger communities.

Lindsay, in particular, was a favourite stomping ground of the Huskies. And, whenever they did travel south, they rarely did so alone.

“Back in that era, they had things they called ‘special trains.’ These were trains that weren’t usually scheduled that would be put on for the purpose of taking hockey fans down to games,” Dart said. “There was one time, and this was quoted in The Lindsay Daily Post from March 1934, where there was a train that started in Haliburton and went all the way down to Lindsay, stopping along the way to pick up more and more people. There were more than 400 fans from Haliburton in the stands that day.

“I think that right there shows you just what that team meant to the community,” Dart added.