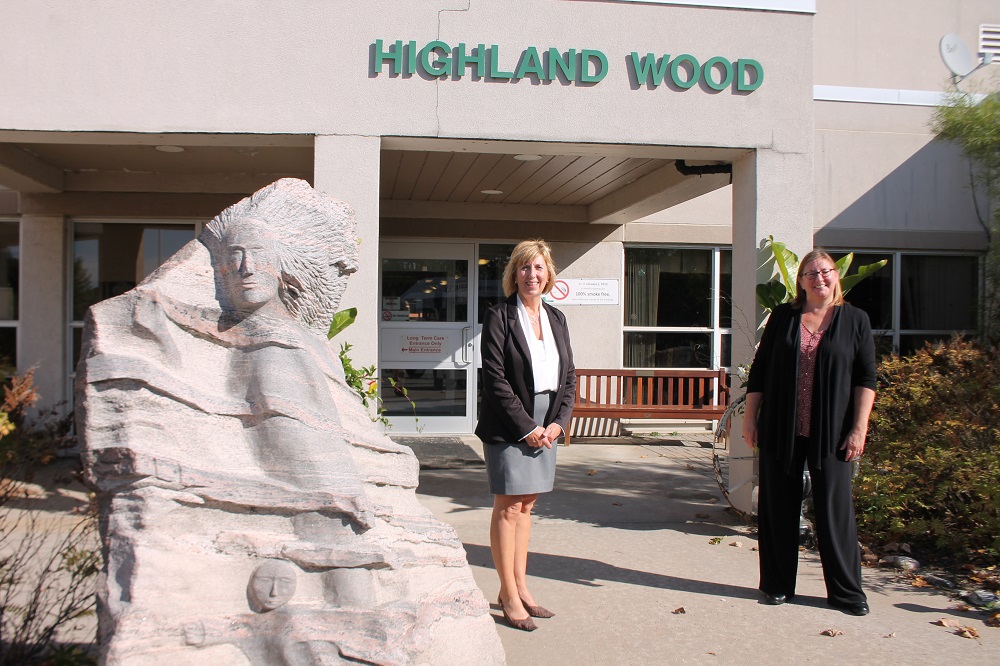 She said Hyland Crest in Minden will get up to $220,852; Highland Wood in Haliburton $106,861 and Extendicare Haliburton $156,738 to increase hours of daily direct care for residents.

“This funding will allow long-term care homes in our community to hire additional staff so they can provide a better quality of care to local residents,” Scott said. “This is part of our government’s plan to train, hire, and retain thousands of new staff over the next four years.”

Haliburton Highlands Health Services CAO Carolynn Plummer said as of Oct. 19, they had not yet received their specific funding letters for either LTC home they manage so they could not confirm the amounts they will receive.

“We do indeed appreciate the additional funding to support care for our residents; until we know for certain how much we will receive, it is difficult to know whether it will be enough to reach the target number of hours per day,” Plummer added.

Currently, residents province-wide receive an average of two hours and 45 minutes of direct care from nurses and personal support workers. This funding will increase the daily average to three hours, per resident per day by the end of this fiscal year, Minister of Health Rod Phillips said. The Ontario government said it wants to provide four hours of direct care by 2024- 2025. Overall provincial funding also includes $42.8M to homes to increase care by allied health care professionals, such as physiotherapists and social workers, by 10 per cent this year.

Plummer added that recruiting staff will be a challenge, not just for HHHS but across the province due to “a general shortage of human resources across all sectors of healthcare. It takes time to attract people to healthcare and have them trained in the various needed roles.”

She said they did have an opportunity during the pandemic, when temporary funding was available, to create a caregiver support aide role, which helped to assist residents and staff during some difficult times – while at the same time creating opportunities for people to learn about LTC and potentially enroll in training programs such as a PSW program.

Bonnie Roe is one of the founding members of the Haliburton-City of Kawartha Lakes Long-Term Care Coalition.

“He (Phillips) is coming forward with money, it is not enough money, that is a definite, but it certainly shows the intention of the government,” she said. “Because over the last year and a half of the pandemic, any promises they have made they have not come forward with any money or any changes to inspections, or quality of working conditions for people. There’s always a lot of rhetoric and talk but until you see the money, you always question is this going to be the same as in the past?”

Phillips said the Ontario government will provide up to $270 million this year to homes across the province and is investing $4.9 billion over four years by adding 27,000 staff.

Plummer said, “I am thrilled that there is an opportunity ahead not only to improve care for our residents, but also to help improve the work experience for our staff giving them the supports they need to continue to do such amazing work.”